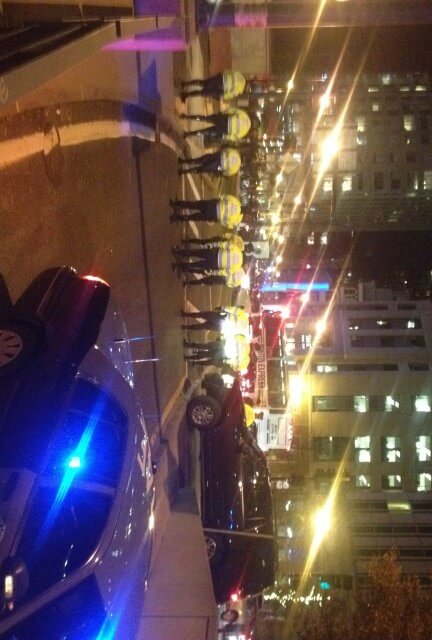 The protestors had taken over the streets surrounding South Station, one of Boston’s main commuter rail and metro stations, and the site of Occupy Boston a few years back. Even by Boston standards, the area’s a mess to drive through under any condition, and the despair in the faces of some of the drivers who were stuck in the traffic was something to behold. BPD were on scene monitoring and also guarding the on-ramps to prevent anyone from going down onto I-93.

Almost all of the content of the protest was was explicitly race-based and attempted to connect Garner’s death with Michael Brown’s: “Black Lives Matter!” and “Hands Up, Don’t Shoot!” were popular — indeed, dominant — slogans for signs and chants. If you removed just a few of the signs that directly reference Garner, the protest could easily have taken place before the grand jury in New York made their decision.

At one point a chant of “Shut it down!” started. I had no idea what this was referring to at the time, but it may well have referred to efforts to shutdown the interstates and metro (each briefly successful).