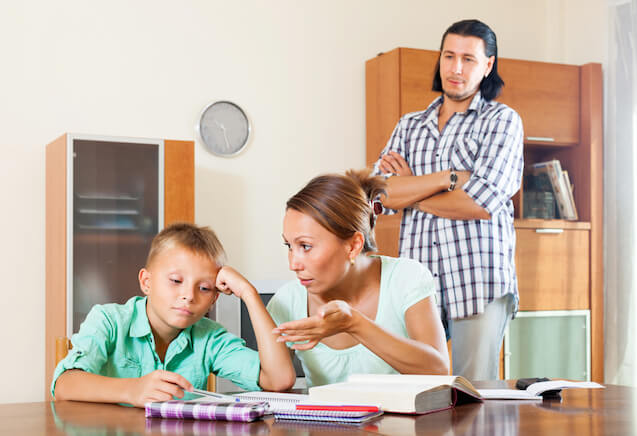 If you want to climb the opportunity ladder, better get educated. But this new Chicago Fed report looks at how “non-cognitive” skills may influence mobility:

I find that inequality in an index of “non-cognitive skills” explains as much or more of the variation in intergenerational mobility than inequality in traditional measures of cognitive skills such as numeracy, literacy, and problem solving. An emerging line of research has argued that personality traits such as perseverance and grit play an important role in socioeconomic success. These results are consistent with the idea that the large gaps in skills in the U.S. population are part of what is driving both higher inequality and lower intergenerational mobility. At a minimum, these new descriptive findings should help inform the ongoing policy debate about what, if anything, should be done to improve equality of opportunity.

One theme of economist Tyler Cowen’s work is that conscientiousness is a capability or skill that will only grow in value, whether it’s consistently sitting down in front of a computer to take an online class or being a reliable member of an office team. Now economist report author Bhashkar Mazumder does not have some 10-point policy agenda but does offer this:

One straightforward explanation for these findings is that societies in which opportunities for human capital development are unequal will exhibit a high degree of skill inequality and experience less intergenerational economic mobility. This could arise for a number of reasons, including differences in access to health care early in life (including the prenatal period), unequal access to preschool, disparities in the quality of elementary or secondary school education, or lack of affordability of higher education.

OK, how do you teach and develop conscientiousness or grit? On an EconTalk podcast, Russ Roberts asked Paul Tough, author of “How Children Succeed,” that very question:

Tough: I think there’s some pretty strong evidence that we can change these things; but I think you are absolutely right that we don’t yet know how. And so in my book, part of what I’m doing is trying to point people toward experimental evidence or some particularly innovative educators who I think are developing these skills. But absolutely–we don’t yet have a curriculum or a real methodology that’s going to say: Here’s how you boost conscientiousness scores. I do feel like for kids who are struggling in school and especially for kids in high-poverty neighborhoods, I do think that giving them, talking with them about the importance of these character strengths, giving them a clear sense of how hard work and conscientiousness now is going to lead to clear paths later, language in a context that makes sense to them, can have an enormous effect. I mean, in some ways it’s exactly why all of these high performing charter schools from Knowledge is Power Program (KIPP) to all of the ones in the same mold–it’s exactly why they are so successful. They just get these kids to become incredibly conscientious and to work really hard. And they do it by being really good at motivating them and partly that has to do with a sense of group identity and all the kind of fun it is to be a student.

Tough:  Exactly. But I think it’s also very–like, on the walls of KIPP there are posters explaining the economic data about how much your salary will increase if you get a BA. And I think that’s a pretty abstract concept to most kids. But I think it’s pretty compelling when you look at the numbers.

Roberts: Do they believe it?

Roberts: There are a lot of things that we tell kids–you were a kid once. They just don’t believe it.

Tough: I think that alone–if you go into a classroom and say: Okay, here’s the data; you get a BA and here’s what you are going to make. That’s probably not going to do it. But I think in the context of these more powerful motivation techniques that KIPP uses, this group identity and wall-to-wall messaging, I think that that message is really powerful. And that without it then all of that other stuff becomes kind of empty. If you can say to kids: This will lead to real success and you can do it and other people like you can do it, that is not something you hear a lot and not something you see evidence of a lot when you are growing up in a high-poverty neighborhood. And seeing that evidence and hearing that message is, I think, really powerful.