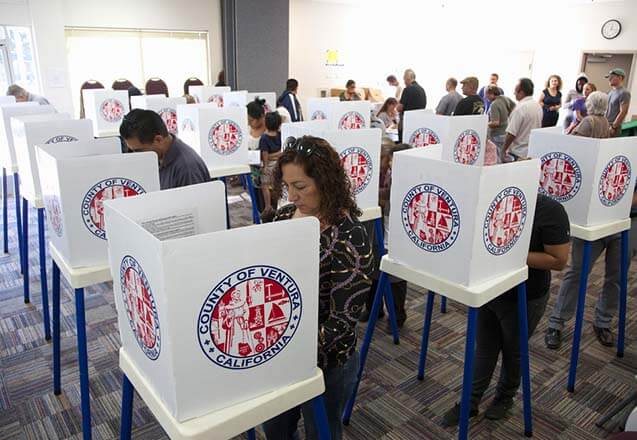 After nearly every election, there’s a wringing of hands over voter turnout, and this past week’s contests were no exceptions. Unlike Argentina and Brazil, for example, America does not require its eligible citizens to vote. As a result, presidential elections in our country generally feature voter turnout in the 50-60% range (sometimes a bit higher or lower), and off-year elections are typically significantly lower. Hence, we are getting the usual post-election moaning about how the results would have been different if only more [fill in the blanks] had turned up at the polls. In other words, we would have won if more people had voted for us. Duh!

I, for one, don’t worry too much about turnout. For example, Democrats whine that their natural constituencies are less likely to vote in off-year elections. So what does that mean? They haven’t heard about them? It’s hard enough to vote every four years, much less every two? They can’t find their polling places? Whatever the reasons, if someone doesn’t care to vote, that’s his business. If someone doesn’t care enough about the process or the candidates or the office to cast a ballot, does it really weaken us? Would we be better off to find ways to coerce or demand electoral participation?

In the last presidential election, some Conservatives expressed their  disdain for Mitt Romney by staying home and, in essence, expressing their opinion by not voting. It may have been cutting off a nose to spite a face, but the noses were theirs, and they exercised their right to sit on the sidelines. I, for one, have never participated in any “Get Out the Vote” TV ad campaigns. My personal opinion is that, if a game show host has to tell you to vote, you probably shouldn’t.

Don’t get me wrong. I’m all for teaching young people the important connection between good citizenship and voting. We certainly should not impede anyone’s right to vote. (By the way, I don’t consider having to identify oneself to be an impediment.) And more power to the parties and their efforts to energize their bases. In a more perfect world, I suppose, everyone would study the issues and the candidates and take the time and make the effort to participate in elections. However, if some choose not to, so be it. It doesn’t make the results any less valid nor the country any less democratic. Want more of your “natural constituencies” to vote for you? Then give them some reasons to do so.