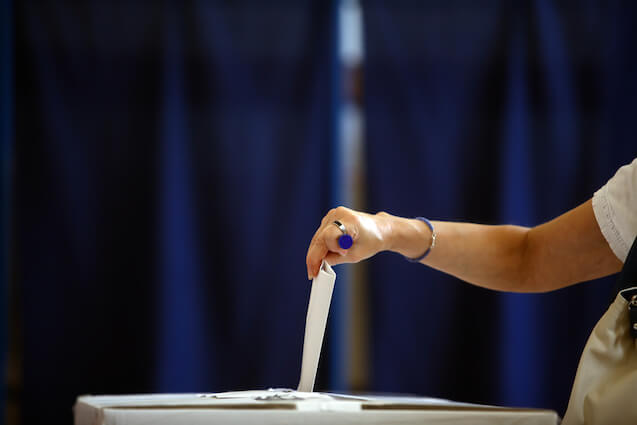 When we were growing up, my mother always made a point of bringing my sister and me with her when she voted. She would tell us why it was important and explain who she was voting for, as well as providing the reasoning behind her choices. Discussing politics and religion with my mom on long car rides are among my favorite memories of childhood, so I smiled when I read the first half of a recent status update from my sister. It explained how she had taken my niece with her when she voted recently:

As we do every election, we took our daughter to the polls to vote, I explained why we were voting (so our schools could get the money to make desperately needed repairs). To which she said, “why would anyone say no to that?” Why indeed?

I share this as a reminder of what our true obstacle in this battle of ideas is. The answer to my niece’s question is incredibly easy to explain: there are limited resources in the world and numerous competing priorities vying for those funds.

My response to her will surprise few who know me:

Because voting doesn’t manifest money. When comes the lesson on competing priorities for limited resources?

My wit went unappreciated. My comment was rapidly deleted, as conservative ideas spread like a virus if people are led to believe that expressing them publicly is socially acceptable.

Though my 8-year-old niece has a fantastic excuse for not understanding the concept of competing priorities, the adults who heralded her comment as brilliant do not. To a large extent, their understanding of politics, economics, and world affairs has never progressed beyond elementary school.

Schools are good; therefore, schools should get more money. War is bad; therefore, the military should get less money. Those who disagree must just be bad people. It remains something of a mystery to me how those who know us so well — but who disagree with us politically — can avoid a moment of cognitive dissonance when declaring their ideological opponents evil.

Though I will happily engage anyone who is interested in discussing politics, religion, or philosophy, I almost never bring the subjects up; in turn, liberal friends and family need never engage me on these topics. And yet there is a very strong leftist impulse to employ hit-and-run arguments.

We’ve all encountered this. Someone takes a cheap shot at the expense of Republicans, Christians, or a specific position you hold. When you hit back, you find your friend or family member completely disinterested in discussing the matter. The reason is as simple as it is depressing: modern liberalism is little more than emoting for the purpose of being identified as a good person. Cheap shots at conservatives are like a radar ping, sent out to inform others that they are the right type of person and identify who else believes the right things.

Humans are social creatures and have a strong desire to find acceptance and validation from others. Democrats offer this to people on the cheap, and do not require anyone to have developed an understanding of the world beyond that of a child in order to be heralded as a right-thinking person.

To the Left, the act of voting is no longer a check on the power of our rulers, but a sacrament where they affirm their moral superiority. Don’t disrupt them with reasoned arguments when they are basking in the sweet glow of moral supremacy.

Published in General
Tags: Family, Talking with the Left, Voting