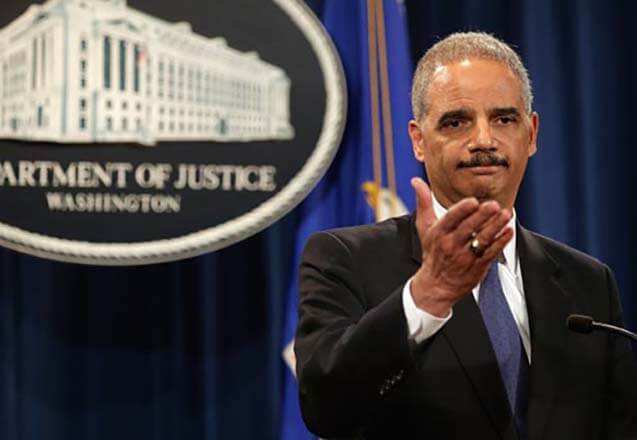 As the federal investigation into Michael Brown deepens – FBI agents going door-to-door and now, a new federal autopsy on the victim (because two isn’t enough), our own Troy Senik raises an important point in his post below: What justification is there for the feds to be running a process parallel to state and local officials?

The federal involvement is doubly wrong because (1) federal jurisdiction over Michael Brown’s death is questionable; and (2) even if such jurisdiction exists, it is redundant (as Troy notes) of state and local efforts.

First, federal criminal jurisdiction is very limited. The Constitution defines exactly four federal crimes (i) treason, (ii) counterfeiting, (iii) piracies and felonies committed on the high seas, and (iv) offenses against the law of nations. As Thomas Jefferson observed in the 1798 Kentucky Resolutions, Congress may punish those four sets of crimes “and no other crimes whatsoever.”

The Department of Justice has tried to gin up federal jurisdiction by describing the Ferguson effort as a “civil rights investigation.” It is true that the Fourteenth Amendment gives Congress power to pass “appropriate legislation” to enforce the civil rights guarantees of that amendment, but I question whether that grant of legislative power translates into a roving license for the executive branch to investigate any and all crimes in which the victim is black and the alleged perpetrator is white. As far as I know, there is no evidence that the shooting of Michael Brown arose from institutional racism on the part of local police (which certainly could be a matter of federal concern). If there was such evidence, I daresay Eric Holder would already be talking about it. Instead, the federal investigation looks very much like a fishing expedition in which agents will be looking for evidence to support the charge of a hate crime.

Secondly, Brown’s shooting – though tragic – is exactly the kind of localized crime that state and local officials should handle. At present, the St. Louis County police are investigating the shooting; however, Governor Nixon has made it clear that he is not shy about transferring responsibility to state-level officials, as he did with the riot-control effort around Ferguson. If the local police mishandle the case it will be transferred to the state – no need for FBI agents. At the end of the day, Brown’s death will be classified as one sort of homicide or another. Missouri, like every state, has a detailed criminal code that defines and punishes every degree of homicide from manslaughter to first degree murder and everything in-between. If it turns out that the police officer who shot Brown was racially motivated, a state court could take account of that fact at sentencing.

In Federalist No. 17, Alexander Hamilton argued that the states would enjoy a “transcendent advantage” over the central government because the states would control “the ordinary administration of criminal and civil justice.” But today, there are over 4,500 federal statutory crimes and over 300,000 regulatory crimes; that is, criminal penalties for violating bureaucratic rules. And while the states have become increasingly effective at lowering incarceration rates via alternative sentencing, the federal prison population has grown over 700 percent since 1980.

The over-federalization of crime poses a threat to constitutional government, as well as public trust in government. Eric Holder’s political forays into local issues are not helping.