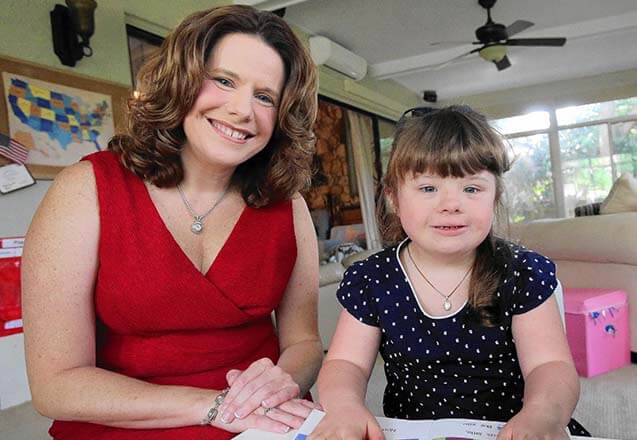 Needless to say, this is extra effort is expensive for Julie Kleffel, a widow and the sole provider for Faith. So she was thrilled when Florida passed an innovative Personal Learning Scholarship Account program. This allows moms like Julie to steer existing educational funds to the right mix of programs deemed best for their child.

Children dealing with autism, cerebral palsy, and other intellectual disabilities were happy to finally get the help they needed this fall. But those hopes were dashed by Florida’s largest teachers union.

The Florida Education Association filed a lawsuit to invalidate the groundbreaking program before it even got rolling. The union claimed that the legislation violated the state constitution’s “single subject” rule, which requires that every bill contain only one subject.

The bill, titled SB 850, had a single subject: education. And the FEA had supported numerous similarly structured bills in the past, but they feel oddly threatened by special needs kids getting the individualized attention they deserve.

FEA’s attorney, Ron Meyer, called the personalized learning accounts “a collateral casualty.” Insiders believe the union’s primary target is SB 850’s expansion of a tax-credit scholarship widely popular with Floridians. After all, union bosses have little compelling interest in helping struggling parents or needy students. Their job is to protect their own bank accounts.

In addition to lawfare, the FEA is attempting to punish education reformers in the statehouse and at the ballot box.

Few organizations work the Legislature with more sophistication and heavier artillery than the FEA. It has spent more than $20 million in the state political arena in the past dozen years, and a House Democrat said FEA threatened her with a primary opponent if she voted for the scholarship bill this year. That House member, Daphne Campbell, representing a mostly Haitian-American district in North Miami, indeed voted for the scholarship. And she indeed has a primary opponent – funded by the union.

The FEA is hardly alone in this modus operandi, and big campaign money is certainly being spent by all sides in the education arena. The point is simply that the major protagonists play to win, and you don’t have to look back too far to see that FEA is not quite so devoted to “civil society” when it’s on the winning end.

The State of Florida is fighting back against the desperate lawsuit, getting help from Goldwater Institute attorney Clint Bolick who successfully defended a similar Arizona program. Better yet, six families are attempting to join Bolick as defendants in the lawsuit, including Julie Kleffel.

For the sake of Florida education, let’s hope Faith and her mom prevails.