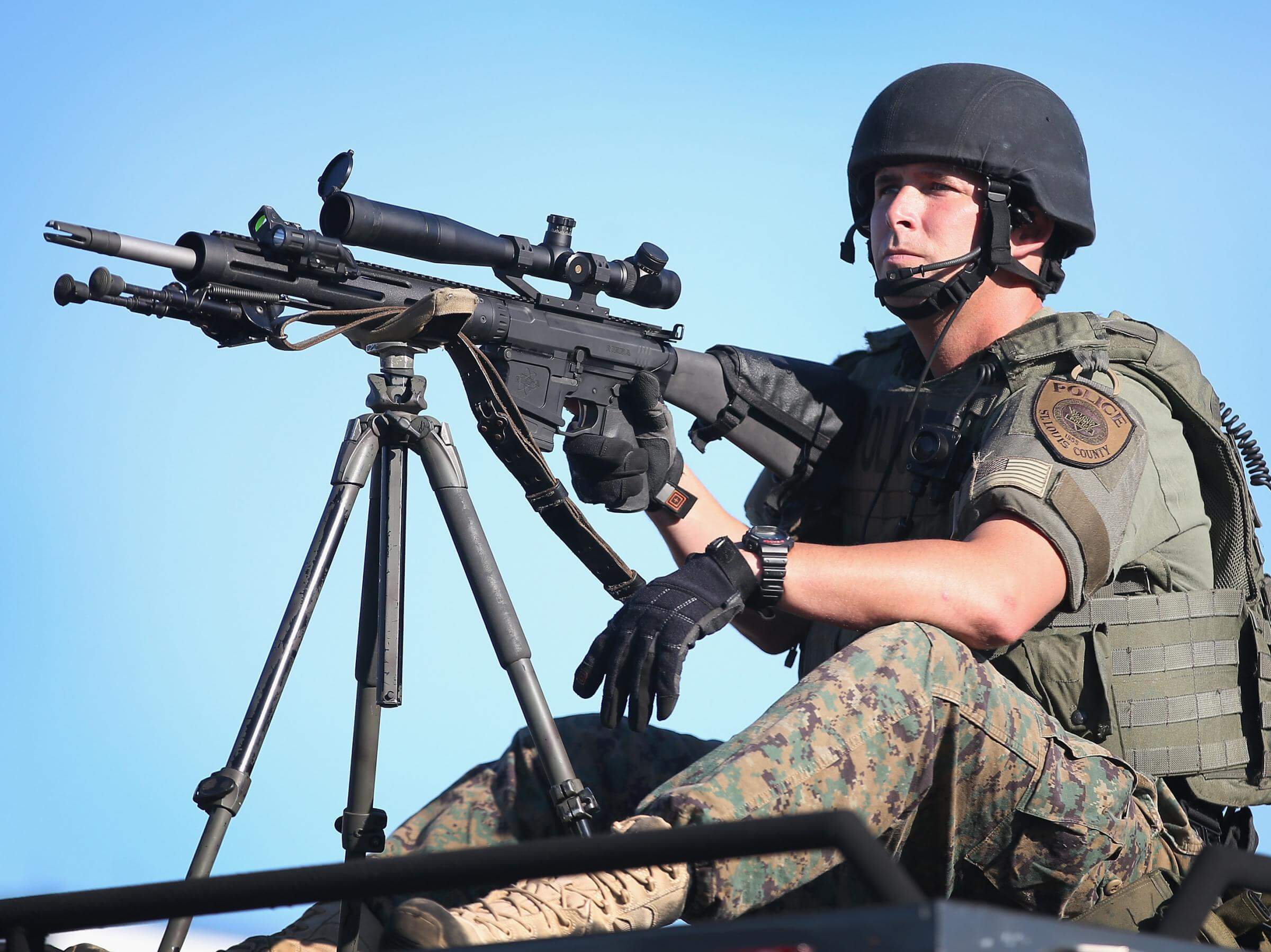 Before anyone accuses me of turning on my fellow officers, I hasten to say that — in the wake of the Brown shooting — the rioting demanded a swift and decisive response from the police, including a show of force.  The citizens and merchants of the town have a right to expect the police to defend their lives and property from those who would use Brown’s death as an excuse for robbery, theft, arson, or what have you.

But images matter, and pictures of officers in camouflage, aiming rifles from the turrets of armored vehicles, diminish public support for what the police are trying to accomplish.  Keep in mind that I have stood on many skirmish lines in my police career, including in the Rodney King riots of 1992 and many smaller incidents, and have no sympathy for those who turn a peaceful protest into a melee; but nor do I have sympathy for police managers who bring discredit to a just cause by failing to grasp how public perceptions are shaped by their choices.

Some might find it surprising that, in the Aug. 19, 2013 issue of National Review, I gave a positive review to Radley Balko’s book, The Rise of the Warrior Cop.  There is sometimes a need for armored cars and heavy weaponry in police work but, if I were running the police operation in Ferguson, I would keep them at a command post nearby and out of sight until circumstances demanded their use.  And I would lose the camouflage.

Image Credits: NPR and The Independent.