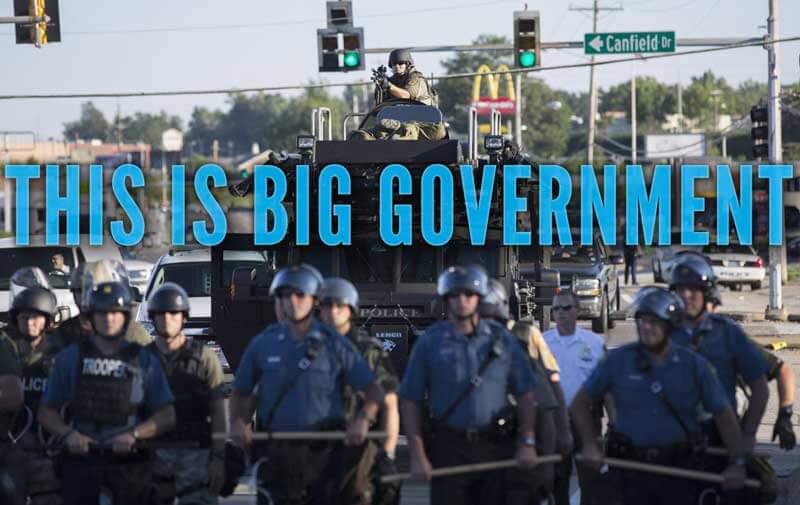 After looting and violence Sunday night and an over-the-top Ferguson P.D. presence Monday and Tuesday, many on both sides hoped for a calmer Wednesday. Instead, Americans saw scenes straight out of Erdogan’s Turkey or Morsi’s Egypt.

Many on the Left have called for federal intervention in Ferguson with Rep. John Lewis even demanding a declaration of martial law. Many on the Right are pointing to the crimes of some protestors and applauding the police’s response.

But Ferguson is a reminder for both sides of the aisle: This is what Big Government looks like.

A state dedicated to ever-expanding rules requires ever-increasing enforcement. For years we’ve seen SWAT-style raids over organic farming, zoning violations and minor drug infractions. We meekly accept “free-speech zones” on college campuses and at political conventions, in which dissent is corralled into cages and supervised by armed guards.

For those on the Left, who do you think ultimately enforces the mountains of rules you mandate? For those on the Right, can you not envision a Ferguson-style show of force at some future Tea Party protest?

In America, the citizens are supposed to be the masters and the government (elected or appointed) are the servants. That isn’t the case in Ferguson and it needs to be.