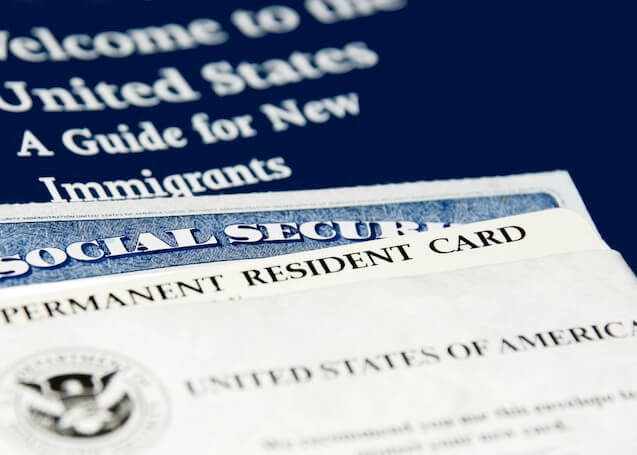 President Obama is in desperate need of congressional action on the border crisis. Specifically, he is seeking $3.7 billion in emergency funding to accelerate the care for, and processing of, unaccompanied minors and single mothers with children crossing our southern border illegally from Central America via Mexico. The question that we, as conservatives, as taxpayers, and as Americans should be asking ourselves is this: what should we try to buy with our $3.7 billion? The answer, I think, is breathtakingly clear: we should demand E-Verify.

It is frequently said among our politicians and pundits that our immigration system is “broken.” The claim is especially heard from the left, but even conservatives – who think that the problem is simply that the law is not being enforced – are likely to admit that something is not working correctly. It is a curious fact that little attention seems to be paid to how exactly the immigration system is broken.

By this I don’t even necessarily mean, “how did the immigration system come to be broken?” (though an account of the relevant history could be helpful as well). I merely mean what precisely is not working.

It is in the nature of broken things – like the car in my driveway, for instance – that they are very difficult to fix if you don’t know which part is not functioning properly. By contrast, if you have a clear knowledge of the symptoms, at the very least you tend to waste less time on things that are not entirely germane. Since I know, in the case of my car, that all of the lights except the headlights refuse to turn on, I have not tried to remedy the situation by changing the oil or by looking behind the wheels.

In the immigration problem, as we will see, we are often trying to fix the wrong thing.

The root problem with our immigration system is quite easy to state in detail. The fact that it is not stated more often is clear evidence of the “will to obfuscation” among those with vested interests in keeping the system broken. This is what’s wrong:

The number of illegal aliens in America has been growing since the Reagan amnesty of 1986. At first, these aliens were limited both geographically and, more to the point, by the jobs that they could hold. They necessarily took employment where cash changed hands or where, for other reasons, the authorities were not involved. Over time, certain employers – especially those who could get away with resorting to the black market – found a competitive advantage in hiring illegal aliens.

The “career choice” of illegal aliens (and, at the same time, the geographic range) increased as consequences for failing to obey the law became weaker and weaker. That choice expanded dramatically as illegal aliens began providing fake Social Security cards to obtain employment – despite the fact that the employee’s name and Social Security number did not match.

The Social Security Administration sent out “no-match” letters in these cases and some employers did (and some still do) purge their employee bases of such individuals. These letters, which actually ceased altogether from 2008 until 2011, have been diluted in their legal import to employers by virtue of immigration-related litigation. An interesting discussion on no-match letters can be found here.

At the same time as the legal ramifications for hiring illegal aliens evaporated, the moral consequences of doing so dissolved as well.

First of all, every Man Jack and Woman Jill employer in America who employees illegal aliens knows damn well that they are doing so. Meg Whitman lost her race for governor of California because no one believed that a former eBay CEO who employed a maid in her house for nine years (whom she described as like a member of her family) was so stupid as to not actually know that that employee was here illegally.

It is on this sea of plausible deniability that we have floated the illegal alien ark. And the employers, and their dishonest defenders in the Chamber of Commerce, are frankly terrified that the ark might someday sink…that they themselves might yet end up in jail — because they know full well that they are breaking the law and that they are foisting the social and economic costs of their “business practices” onto their neighbors.

Believe me, if you give the average employer a way out — especially one that allows a gradual ratcheting down of his illegal alien worker base — he will grasp at it in a heartbeat.

So the point is this: The 12-20 million illegal aliens in the U.S.; the swamping of our emergency rooms and the invasion of our state parks; the weight on our welfare services and the heart-wrenching unemployment in American ghettos; the countless cases of hit-and-run accidents; the lawlessness that accompanies any criminal underground whose members fear the police more than the drug dealers, rapists and murderers in their midst; the enormously expensive and utterly useless fence; the mad rush of children and pregnant mothers across 1,000 miles of badlands and deserts; and the babies floating in the Rio Grande: they all exist because employers do not have sufficient incentive or morality to proactively determine if the person handing them that Social Security card is legally allowed to work in the United States.

But there is an equally simple, technological solution to this problem. It is called E-Verify. According to the U.S. Citizenship and Immigration Services webpage:

E-Verify is an Internet-based system that allows businesses to determine the eligibility of their employees to work in the United States. E-Verify is fast, free and easy to use – and it’s the best way employers can ensure a legal workforce.

If E-Verify became the law of the land, McDonald’s, Hyatt, Dunkin’ Donuts and dozens of other large companies would simply call in their lawyers and say: “Ok, how do we implement this?” Half of the illegal aliens in America would instantly find themselves unemployable. Gradually, even restaurants, liquor stores, and cleaning services would be purged as well. No other single law would be as devastating to the illegal alien cancer in America.

Of course, it would be ideal if the law were retroactive, but it does not need to be. Over time, the natural turnover of employees will result in illegal aliens going home. And yes, this is nothing more than Mitt Romney’s “self-deportation.” It may take time, but it will work.

Additionally, it will help to stop the flow across the border. Of course, children and mothers who already have a working family member to support them in America will still come. But they will be coming specifically and solely as burdens.

I can prove mathematically that if we do not find a way to send illegal aliens who are here already back to their home countries, then it makes no difference how big a fence we build. Interrupting the illegal work chain is the key to getting illegal aliens to go home.

The whole partisan debate over immigration in Washington has been presented in terms of a “comprehensive” solution to our immigration problem versus the pejoratively-termed “piecemeal” approach, which principally seeks to obtain border security first and foremost. Border security can only be achieved by sending illegal aliens who are already in the country back to their homes. We are at our Rahm Emanuel moment in the immigration fight: the president is now demanding a piecemeal piece of legislation!

I say, let’s give it to him. Give him the money. And attach a clause making E-Verify mandatory for all employers in America.