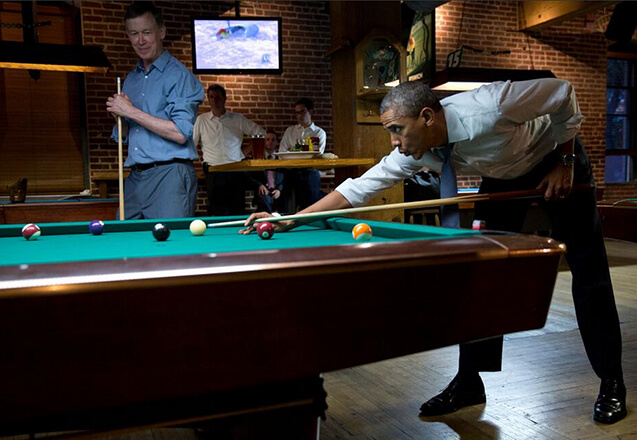 The story becomes Obama because the Obama White House knows that celebrity antics get more clicks on news sites.  With a steady shot of a cue ball, Obama thinks he can make the IRS targeting scandal, the VA waiting death list, the Bowe Bergdahl prisoner swap catastrophe, a developing border crisis and a looming mid-term election all disappear. He’s a catastrophic President. He’s still a charismatic draw as a celebrity.