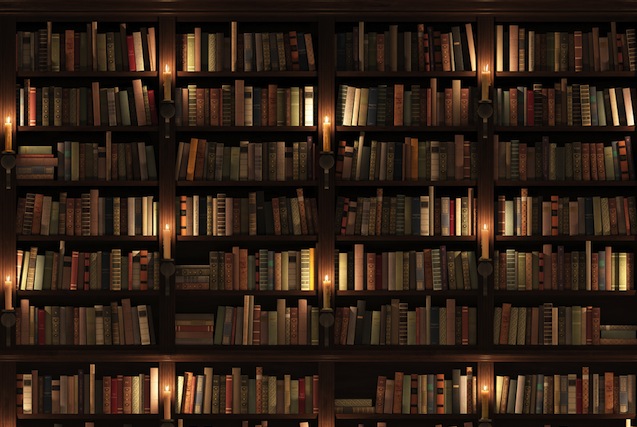 National Review’s current cover story makes for an interesting companion to our discussion last week about what makes for great fiction. In it, book publisher Adam Bellow suggests that conservatives open a new front in the culture war: prose fiction.

To hear some conservatives talk you’d think movies were the Holy Grail, the golden passkey to the collective unconscious. This gets things precisely backwards…

Tolkien’s Lord of the Rings and the Narnia books by C. S. Lewis both produced big-budget movies that reached millions of people with what most of us would probably agree is a subtly conservative message. Yet both of these successful movie franchises ultimately pale in comparison with the impact of the books. Even at their best, movies are essentially cartoons and their effects are superficial and fleeting. Books engage the reader much more deeply, at a level of identification with the characters and plot that can instruct the soul and edify the mind. A hundred years from now, moreover, these classic books will still be read all over the world in dozens of languages when the films on which they are based are long forgotten or superseded by new forms of entertainment.

In short, conservatives should remember that mainstream popular culture is still largely driven by books… Instead of banging on Hollywood’s front door, a better approach is to go in the back by publishing popular conservative fiction and then turning those books into films.

Though a little harsh on film’s potential power, it’s a compelling argument. Even low-budget, independent films require far more capital than do the most ambitious novels. Hollywood’s union and guild systems further insulate the medium in a way that fiction does less and less. Suffice to say, film’s a poor staging ground for launching a scrappy insurgency.

In contrast, prose fiction requires far less up-front while offering similar returns. Extraordinary as J. K. Rowling’s rise to fame was — Harry Potter and the Philosopher’s Stone was her first published novel — such overnight success would have been unthinkable had she began by writing a screenplay about a Wizard’s school that required a $125 million production budget. As Bellow argues, moreover, writing her story as a novel in no way inhibited it from being adapted into the highest-grossing film series of all time. Indeed, quite the opposite.

Bellows also has a fair argument that films adapted from prose have an outsized cultural impact. In addition to the anecdotal examples he provides, such as Lord of the Rings, data seems to back him up. Prose provided the source material for a quarter of the revenue of the 100 top-grossing films of each of the last 20 years, and 42% for all top-grossing dramas. In short, prose fiction offers an impressive cultural and financial return on investment, and is almost certainly a better-suited medium for cultural underdogs.

But while Bellows offers sound cultural strategy, his tactical advice is less persuasive: to create a market and infrastructure for conservative fiction writers. Following his own recommendation, Bellows founded Liberty Island, a webzine where right-of-center fiction authors can submit their work for (unpaid) publication, get feedback, and seek donations from fans. Some work gets promoted to the front page for greater exposure — sound familiar? — and can be slugged by genre.

Bellows likens the site to other communities for aspiring writers who share common genre preferences. But rather than create a conservative sub-genre, he hopes to give writers who happen to be conservative, and who might explore themes touching on their politics, a place to cut their teeth.

I wish Bellows and his collaborators all the luck in the world and — who knows? — maybe the site will, as he hopes, incubate some great careers. I spent over an hour exploring the site and a few pieces weren’t half bad. That said, I think the project is destined to fail.

To begin with, Bellows offers scant evidence that conservative writers are unfairly discriminated against in fiction. Indeed, the general thrust of the piece is that conservatives haven’t really tried prose fiction. Moreover, when conservative authors asked him, as a book publisher, to look over their novels he found nothing worth publishing:

I started hearing from conservative authors asking if I would look at their novels. I read quite a few of these, and while some of them were awful, many others were entertaining and well done. But they didn’t rise to the level of proficiency required for mass-market publication, and no sectarian market existed for conservative-themed fiction. So I suggested they self-publish, making use of the new digital-distribution technologies.

Second, there’s an inherent tension between the audience for a site like Liberty Island and its intended goal. If — to switch political agendas — a feminist writer aspires to write feminist-themed work for a mainstream audience, a community of fellow feminists would be the worst place for her to go for useful feedback: indeed, the material most likely to excite the community would be precisely what would alienate a mainstream audience.

Relatedly, genre-specific support groups only work because the people willing to spend time, effort, and money them are inherently interested in the end product. SciFi writers contribute to such groups because they like science fiction; same goes for romance enthusiasts, historical fiction fans, or any other genre-based community. Their love of the genre is what attracts them to sites. So far as I can see, the only reason for someone to go to Liberty Island — as opposed to a non-ideological site dedicated to a given genre — is to further a political agenda. That makes it far more likely to encourage an ideological sub-genre, rather than incubate talent capable of going mainstream.

What to do, then? I think the answer lies in Bellows piece: 1) encourage conservatives — or anyone with ideas worth sharing — to consider prose fiction at least as much as film; 2) encourage them to hone their skills independently and within communities interested in the kind of writing they intend to produce; and 3) buy and promote their stuff if it’s good. If they encounter discrimination, figure out an alternative strategy, but try the direct method first.

Ricochet has a number of fiction authors among its members and even more interested in reading fiction. What say you?