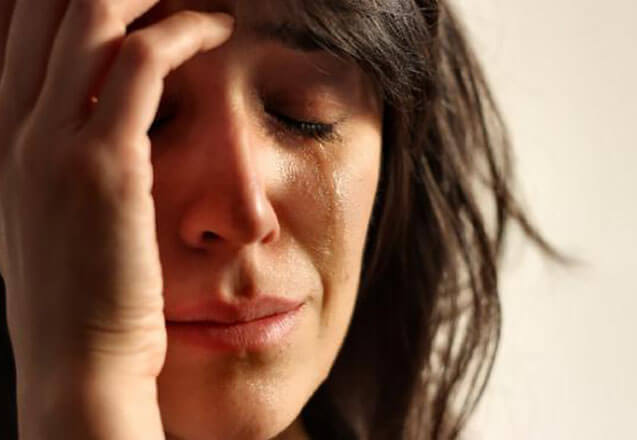 While digging a shallow grave the other day, my accomplice said, “when I die, I don’t want anyone to cry or be sad. I want my funeral to be a party! They should get a keg, play loud music and have a great time!”

Not only is this sentiment clichéd, it’s also unrealistic. If people are that giddy at your funeral, you were probably a complete jerk who everyone is glad to be rid of. (And with my accomplice, we would be.) But, as King Solomon once plagiarized from The Byrds, “a time to laugh, a time to weep.”

It is perfectly natural to be sad at the departure of a loved one. You realize you won’t see that person again on this side of mortality and that’s an awful feeling. I have no need to short-circuit the grieving process for those I leave behind. So when I die, I want tears. Lots and lots of tears.

Friends and family should grieve bitterly as they realize that their world is but a hollow shell without my presence. If the death was particularly grisly, I demand an open casket, forcing them to shudder at my misfortune. I also want the funeral director to point my finger so it is aimed squarely at the mourners as they walk by. They will blame themselves for my death and regret all the negative things they ever said — or even thought — about me.

The mourners will write moving notes and poems to me, admitting that all of my arguments were right while they were so very, very wrong. Not that their posthumous apologies will satisfy their guilty consciences.

Being unable to return to happier days, their lives will descend into an aching shadowland of despair. They will try to numb the pain with drink, drugs and reckless behavior, but that will only lead them into more destructive cycles of self-deception, addiction and shame.

Of course, when I rise again in three days, I’ll just laugh and laugh and laugh. It’ll be awesome. Since they all love a good practical joke, I guess they’ll end up laughing at my funeral after all, albeit belatedly.

…On second thought, I doubt I’m up for the whole resurrection thing. Jesus won’t let it happen because a) Been there; done that b) I’ll have a lot of explaining to do.

Never mind. Instead, just give me a Viking funeral. Place me on a magnificent longboat with all my favorite stuff, set it on fire and push it into the crashing waves. And place a couple of those chrome mudflap ladies on the back for ironic effect. That would be sweet.