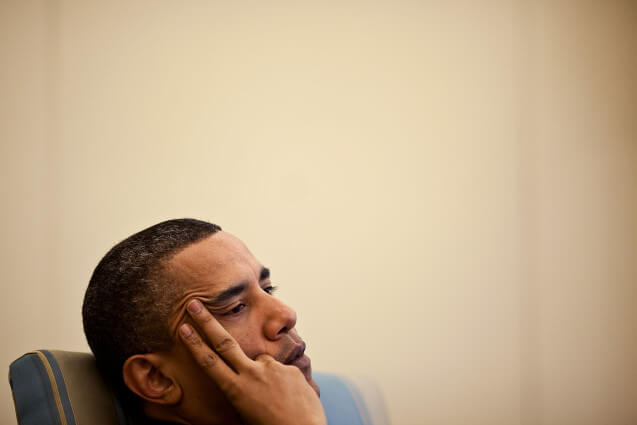 Was President Obama’s exchange of five Gitmo detainees for Army Sgt. Bowe Bergdahl illegal?  Some conservatives — most notably the editors of the Wall Street Journal — are defending the decision as a proper exercise of Obama’s Commander-in-Chief power. I am not so sure. In fact, rather than a sign of strength, I think President Obama’s decision will ultimately weaken the office over the long run.

I think that a blanket legislative ban on the release of Guantanamo Bay prisoners would violate the President’s authority as Commander-in-Chief to control prisoners of war. Control of prisoners of war has long remained an important aspect of tactical and operational decisions on the battlefield; their detention and release can influence the morale of the enemy and their treatment of own soldiers. I make this case in greater detail in my 2006 book, War by Other Means, where I argued that President Bush should have had full constitutional authority as Commander-in-Chief to set policy on the capture and detention of al Qaeda operatives.

On the other hand, I think that Congress can use its spending power to decisively influence military policy. It could, for example, have closed Gitmo long ago by refusing to fund it. It can also prevent the transfer or release of prisoners by refusing to pay for it. In fact, it has done this for transfers of prisoners to the continental United States. I believe that Congress’s power of the purse is plenary and that the President cannot override it, even with the Commander-in-Chief power.

But Congress has not used its power of the purse here, and that is why I am not sure that President Obama’s Commander-in-Chief power prevails. Congress has not prohibited the release of prisoners. It allows their release, subject to a reporting requirement. I don’t think that reporting requirements are unconstitutional. They do not stand in the way of the exercise of the President’s constitutional authority; they only require the President to tell Congress when he is exercising his authority.

A good example is the regulation of covert action, where Congress requires the President to provide a finding that authorizes the CIA to undertake the program. Presidents seem to have accepted this arrangement. Even though every modern president until Obama has thought the War Powers Resolution is unconstitutional, they have still complied with its reporting requirement as well.

I don’t think the law requiring the President to report to Congress is an unconstitutional infringement on the Commander-in-Chief power, unlike perhaps an outright ban on all prisoner release or transfers. It is the President’s job to figure out a way to reconcile the requirement with the need for secrecy. He could have tried to brief a smaller group of Congress, or the Intelligence and Armed Services committees, which regularly handle classified information. It does not appear that Obama made the effort. And that is what will damage the presidency, because future Congresses will resort to blunt funding cutoffs to achieve a blanket prohibition after this event.

Just as observers rightly note that exchanging Bergdahl for five dangerous Taliban leaders was not worth it, winning the release of a single prisoner is not worth the long-run constitutional damage to the Presidency. But President Obama seems little concerned about the institutional health of his office and of the constitutional framework so much as achieving his short-term political goals.