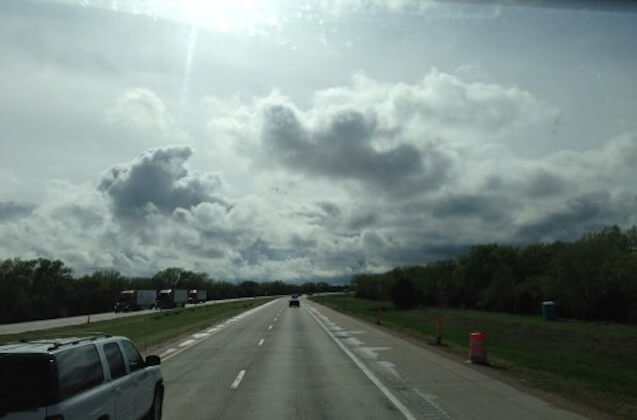 And action soon followed, as our government released a photo of a downcast First Lady holding a sign which read, “#BringBackOurGirls.” How enlightened! How non-violent! How cosmopolitan! How resettable! How community-organizationally harmonious! What intoxicating, hopey-changey pablum, pathetically devoid of any substance save the warm feeling a liberal always gets when he surrenders someone else’s freedom!

Welcome to the United States of Hashtag, where Secretary of Castration Chuck Hagel busily dismantles the most feared and respected military on the planet; where Secretary of Capitulation John Kerry advises us that the biggest threat we face is not that of blood-thirsty savages slaughtering innocents in the name of Allah, but climate change; where Vladimir Putin pauses from his territorial conquests just long enough to introduce Barack Obama’s reset button to his digestive processes; and where Jay Carney, over at the Ministry of Obfuscation, applies his Jedi Mind Trick on the national press corpse with embarrassing success. Let it never be said, when innocent people in their hour of peril are subjected to raw and cruel brutality, that the United States doesn’t give a tweet.

Bill Buckley once described Congressman Charlie Rangel as one, “…who so cheerfully exploits the immunities of invincible ignorance.” Buckley’s observation endures, for the most part, though Rangel may have recently stubbed his toe on a smidgeon of truth when he lamented a Republican Party that, “…would destroy itself in 2016 by not having one issue that the American people believe should be a priority.”

At which point the GOP cavalry arrives in a dusty tumult with an avalanche of issues. “I part company with many of the conservatives in my party on the issue of the minimum wage,” said failed GOP presidential contender Mitt Romney recently, “…Because frankly, our party is all about more jobs and better pay.”  How either goal is achieved by raising the cost of doing business on those who are already struggling to keep their enterprises afloat in a sea of regulatory flotsam and jetsam seems to elude Governor Romney, who has imbibed too deeply the elixir of collectivist dogma and now has the entire premise stuck in his windpipe.

Not to be outdone, Rand Paul has decided that such ID requirements as are in place for the purchase of a plane ticket, a pack of cigarettes, an EBT Card, or entrance into the Democratic National Convention, are now suspect when applied to voter registration. Why? “It’s offending people,” he said, which appears now to be gravest offense of all in the United States of Hashtag. Better to count the multiple votes of the dead and fictional, thereby invalidating and disenfranchising the votes of American citizens of all races, than risk offending the sensibilities of those susceptible to liberal strawman arguments.

Add in Jeb Bush’s diagnosis that those who disregard our national borders and immigration laws commit an “act of love,” rather than a crime (a burglar couldn’t have made a better case), and you have capitulation not seen on a scale since John Kerry’s last public pronouncement. With Obamacare floundering, with people’s disposable income dwindling as fast as their employment prospects, with international regard for the United States tanking to Jimmy Carter levels, and with Barack Obama’s approval numbers dropping faster than lawyers at a Dick Cheney Commemorative Quail Hunt, why exactly are Republicans throwing him ideological lifelines? Which begs the question …which party do these people seek to represent in the first place?

I was driving from Denver to Cincinnati recently when it hit me. No, really, it literally landed in my lap. It was the top of the gear shift, which went flying up in the air when my 18-wheeler slammed into a pothole that would have swallowed a Prius. The inaugural stimulus, which, if memory serves, was in the neighborhood of $800 billion, was desperately needed, we were told, to address crumbling highways and bridges.

Since then, I’ve seen entire divisions of orange barrels overtake huge swaths of the nation’s highways, with brigades of concrete barriers funneling traffic to a single lane so as to set aside space for platoons of workers and observers (the observers generally outnumbering the workers a dozen to one). This is industrious. It’s  comprehensive. It’s relentless. It’s a jobs program. And the potholes remain.

I’ve seen drivers swerve to avoid these craters only to run into a canyon they hadn’t seen yet. I’ve seen hubcaps fly like frisbees into oncoming traffic, and pickup trucks relieved of the contents of their truck beds as they careen from one asphalt abyss to the next. I’ve seen things become dislodged to the point that it is now raining truck components inside my cab. Where did those hundreds of billions of dollars go exactly? Is that a racist question? Is it lining union coffers? Is it assisting political campaigns? The thought occurs that it would have been cheaper and more effective to fill the potholes with cash.

Many of you have been kind enough to ask about my Dad’s condition as his struggle with Alzheimer’s continues, particularly in the aftermath of the death of his wife of some 35 years just eight months ago. In short, the situation is deteriorating and doing so rapidly. You see, Alzheimer’s not only steals the memory of its victim, it steals their identity as well, breaking the heart not only of the patient, but of everyone who tries to help. He’s had a stroke or two, and lately he’s taken so many falls that if he breaks his nose again I think it may tilt upward and allow him to look down into his own nostrils (yes, that’s a cheap laugh, but I’ll take any I can get on this topic).

For reasons of privacy, and to maintain Dad’s dignity, I hope you will understand why I demur from going into further detail, and why I must now draw the curtain around him. Through the stories I’ve shared over the last few years, I know many of you feel like you know him personally, which is why I provide this final update, and why I continue to solicit your prayers not only on his behalf, but on behalf of those in his family with the fortitude to try and help him in his time of need.