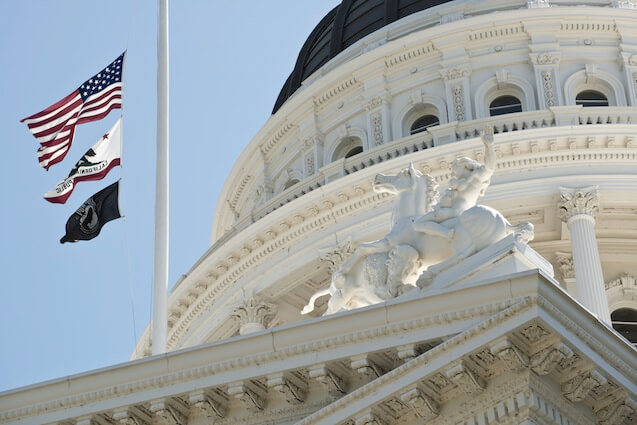 Though many of [initiative proponent Tim] Draper’s criticisms have merit, his broader indictment of the state as “ungovernable” — a fashionable cliché among those concerned with reforming state government—doesn’t stand up to scrutiny. Texas, for example, is physically larger than the Golden State and is its closest rival for population size; according to the U.S. Census Bureau, it has an identical proportion of Hispanic residents (38.2 percent). Yet no one is declaring Texas—one of the nation’s great economic success stories in recent years—irredeemably flawed. California is certainly badly governed, but that doesn’t mean that it’s ungovernable.

With the quick-fix optimism one might expect from a Silicon Valley denizen, Draper argues that breaking up California into six smaller states would create competitive pressures that will force each new jurisdiction to contend for citizens and businesses. That might be true at the margins, but the state already faces those pressures; witness the outflow of citizens and corporations to states such as Arizona, Nevada, and Texas. Competition guarantees consequences for failure. It does not ensure reform.

Also, even were the initiative to pass, the legal hurdles are almost insurmountable:

… The United States Constitution erects a virtual Mt. Everest for Draper’s plan to scale. Article IV, Section 3 declares: “No new State shall be formed or erected within the Jurisdiction of any other State, nor any State be formed by the Junction of two or more States, or Parts of States, without the Consent of the Legislatures concerned as well as of the Congress.” Only two other actions under the Constitution—state requests for national military assistance “against domestic Violence” and the passage of constitutional amendments—require agreement by both the states and the federal government. Clearly, the Framers wanted such processes to be exceedingly difficult.

Congress and the states have rarely agreed to let a single state engage in constitutional mitosis. It has happened just five times in American history, the last time 150 years ago. The first four instances—Vermont splitting off from New York in 1791; Kentucky separating from Virginia in 1792; Tennessee being carved out of North Carolina in 1796; and Maine cleaving away from Massachusetts in 1820—represented divisions of vast territories without long political histories. More controversially, West Virginia declared its independence from Virginia during the Civil War, when Virginia had seceded from the union and a government-in-exile consented to the division. None of these cases offers an easy analogue to Draper’s California proposal.

You can read the whole thing for the thorough analysis.

What do you think, Ricochet Californians? Would you be open to the idea of dividing up the state? And what do those of you throughout the country think about the prospect of states being able to break up this way?