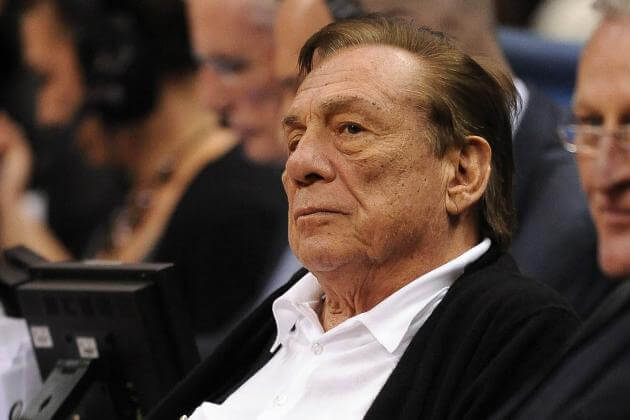 Misinterpretation is the coin of the realm whenever humans come into contact with one another. From the pulpit to sidewalk soap boxes, we are constantly told that giving the benefit of the doubt can heal a lot of egos and save a lot of emotional pain.

On another level, our legal system takes giving the benefit of the doubt to the extreme. Premised on the assumption that one is innocent until proven guilty, we force the state to prove guilt “beyond a reasonable doubt.” It is an essential component in life in these United States.

Should we have given Clippers owner Donald Sterling what we ourselves would like most to get—the benefit of the doubt? In a perfect world, maybe. But we are not perfect and the “rush to judgment” was, in this particular case, the right course of action.

Were we sitting in a philosophy class discussing moral imperatives as a purely intellectual exercise, we might posit that all men are entitled to “their day in court.” It troubles me (in theory) that NBA Commissioner Adam Silver, acting as both judge and jury, gave into a mob mentality and metaphorically hung Mr. Sterling from the nearest oak tree with barely a smidgen of due process. Yet why do most of us agree that he did the right thing?

The right to confront one’s accuser; the right to a trial by one’s peers; the right to due process—each of these is essential to our legal system, the survival of the supremacy of the rule of law, and the vital role an independent judiciary plays in ensuring a just, equal, and free society. Theoretically, Commissioner Silver cast those important safeguards aside.

Of course, if you go by the book, Donald Sterling broke no local or federal laws. (In fact, the gal who recorded his conversation and leaked it to the press probably did violate California statutes regarding two-party permission to record conversations). But he broke a higher law, and for that he needed to be punished harshly and swiftly. By uttering those words  — and getting caught — he abdicated his right to the benefit of the doubt.

The purist in me wants every American to get the benefits of due process, equal protection, and his day in court. And I cringe (though I don’t know the specifics of the NBA bylaws) at the prospect of any man—no matter how odious his actions—being deprived of his private property at the whim of the mob. And hey, we cherish freedom of speech in this country and assume that Mr. Voltaire’s dictum, “I disagree with what you say, but will defend to the death your right to say it,” is applicable here.

Repugnant as it was, Sterling had the right to say whatever he wanted. That being said, the league also has the right to say, “This is unacceptable. You can say what you want, but you can’t continue to be a member of our club—and because, in accordance with our bylaws, we can fine you up to $2.5 million, we will.”

Now, Mr. Sterling may fight all this in court. He may win. Maybe no one can force him to sell his team. If he doesn’t pay his fine, what are they going to do? Kick him out of a league he is no longer a part of?

But all of that is besides the point. Mr. Sterling’s words were symbolic—and Commissioner Silver’s punishments were just as symbolic.

Symbolism matters in any civil community. Had Silver waffled, that too would have carried symbolic significance.

The punishments may not stand up in a court of law, but they triumphed in the court of public opinion—and that’s where this ugly side of human nature is being played out. In America, you won’t be hauled off to the gulag for offensive remarks (Jesse Jackson’s comments about “Hymie Town” come to mind). But when you hit a nerve and members of the community have the power to institute social retribution, they are entitled to do it.

Much as we might want to, we cannot hang Mr. Sterling by the thumbs in a civil society. But at least we can do it metaphorically and (hopefully), in the NBA’s case, financially. The ancients knew the societal power of banishment and exile. It can be worse than a jail cell.

Commissioner Silver exercised good judgment by acting swiftly and decisively. It doesn’t happen often, but this is a classic case where the exception proves the rule. On rare occasions, there are major societal benefits from refusing to give someone “the benefit of the doubt.”