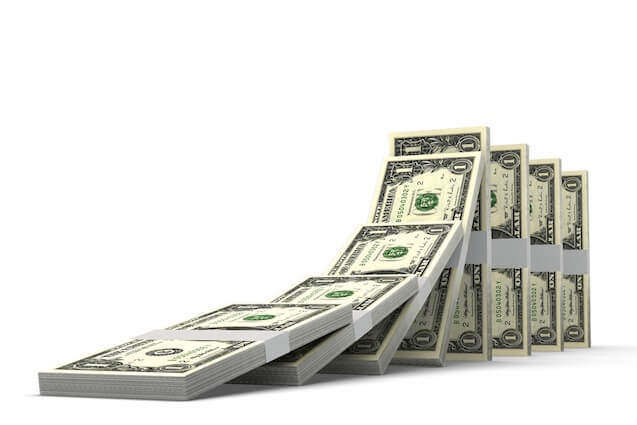 According to the Heritage Foundation, illegal immigrant households cost U.S. taxpayers $55 billion per year. Some argue that those costs would go away after amnesty because illegals would become taxpayers. But that doesn’t pan out. The costs would actually go up to nearly $160 billion. And that’s just for illegals already here.

Why would the costs go up? Because “amnesty would provide unlawful households with access to over 80 means-tested welfare programs, ObamaCare, Social Security and Medicare. The fiscal deficit for each household would soar.”

So why do businesses want amnesty even though it will hurt America? The bottom line is cheap labor. They want to increase the flow of low-skilled workers willing to work for minimum wage and “do the job Americans won’t do.”

But why won’t Americans do those jobs? It’s because they get more money from welfare benefits than going out and working.

If we open the borders so that businesses can have their cheap labor (and politicians can continue to get their checks from big business), what happens when all those new workers figure out that they can get more money sitting on the couch rather than working minimum wage jobs?

Human nature is what it is. If we already have a bunch of people unwilling to work because government benefits make it easier not to, it’s logical to assume that immigrants will one day do the same. What happens to our deficits then? What happens to the country?

Both big business and its allied politicians need to look past their short-term interests and consider the future implications of what they’re asking for—because it ain’t pretty. If they don’t, one can only assume they care more about the bottom line than the future of the country.