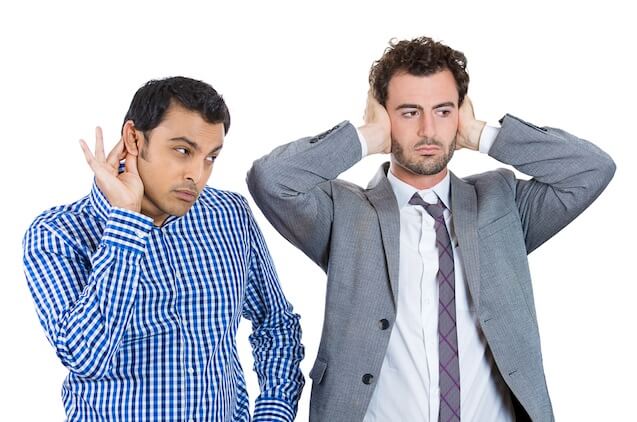 I pointed out that on our mumble server (software for communicating while playing games and the like) I have personally heard him using numerous racial slurs in a joking fashion. I asked him to imagine if one of us had recorded him doing so, and released it to his employer at a later date. The example left him unmoved. What danger was he in at his low-paying job? The idea that he might one day in the future be more successful than he is today must not have occurred to him; perhaps for good reason.

I asked him to forget the example of racism and consider the case of Brendon Eich. He was unfamiliar with what had happened, but once I explained hit he had no problem with Mozilla forcing Eich’s resignation. When I probed him about the reverse scenario…if Eich had been a supporter of gay marriage and Mozilla had forced him out for opposing Prop 8, he reluctantly stated that that would also be ok. It was a tacit admission of the kind you make when you’ve been caught with your intellectual pants down. He clearly didn’t believe it, but he knew I had exposed an inconsistency in his thinking.

Here I should have backed off, as it was clear he had dedicated no serious thought to the issues at hand. Instead I asked him if it is morally acceptable to fire an employee for being black. Outraged, he drew a distinction: race is what you are, whereas Brendan Eich example, he was fired for things he believed. He chastised me for the comparison.

With the trap laid, I asked a follow up: If he wanted to draw the line for discrimination at what people believe versus what they “are,” would it be morally acceptable for a company to drive a CEO out for being a Christian, or an Atheist? After all, these are things you believe, not who you are.

Anger followed. Some of his response was literally incoherent. I was criticized for blurring lines or some nonsense. At first he felt the need to be consistent, and stated that it would be a “dick move,” but  would be okay if a company did that. He scrambled to find a new line to draw that would allow him his preferred outcome in these scenarios (Donald Sterling and Brendon Eich drummed out), while still retaining something that resembled intellectual consistency.

While he was reeling, I pushed on another comparison. I’m a conservative. Would it be okay for my socialist boss to fire me because we have differing political views? Can we even have a civil democracy when citizen feuds about politics spill over into our jobs in the form of retribution for having opposing political beliefs?

“No” he declared. It would be wrong for your boss to do that. He now scrambled to a new distinction: There is a difference between a CEO and a regular employee. Apparently, if a boss fired you for your religious or political beliefs, that would be an example of a powerful man abusing his status, whereas a CEO is chosen to represent the company, and it’s different — for some ineffable reason. “But the CEO is an employee too. Why do they get less protection then other employees?” I probed.

By now he was yelling, and his sentences rarely contained both noun and verb. He didn’t appreciate my hypotheticals, and criticized my very use of them. I asked how one is supposed to form a comprehensive world view if you don’t consider the consequences of your beliefs in other scenarios aside from the ones directly in front of you.

The conversation had escalated in volume every time I offered a hypothetical that destroyed the positions he would try to stake out. Shouts of “That’s….that’s not the same!” were abundant. At one point, he asked what I wanted to do about this, as if I was calling for government action. I replied that I wasn’t asking him what should be done about it, I was asking him what was right.

At this point he muted me. Shut up he explained.

Early in the conversation he had casually and confidently asserted the rightness of his position. By the end, my silence was required to prevent cognitive dissonance from setting in.

At times I wonder what it would be like to not have a fundamental curiosity about the world, to just take things from the media and teachers and absorb them without thought to how they all fit together. Seeing it in a friend is a somewhat frightening spectacle to behold.

Who else has had a brutal conversation like this with a friend or family member? Do you regularly encounter people who refuse to address hypothetical challenges to their views?