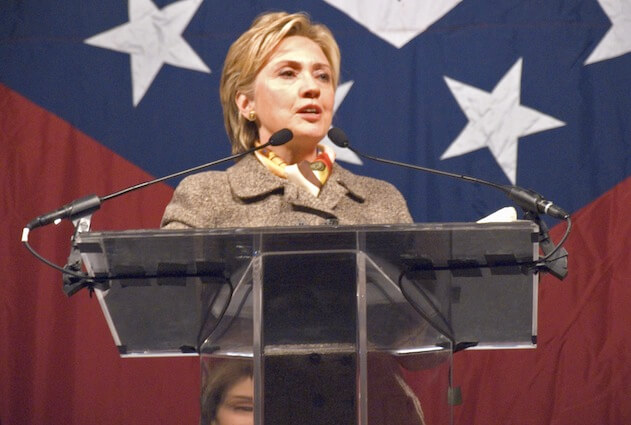 Yes, there were times when this relationship improved, but those improvements never lasted Additionally, when one considers that Clinton has always had troubled relations with the White House press corps and with reporters on the presidential campaign trail — and when one reasonably anticipates that those troubles will resurface if Clinton runs and gets elected — one can also reasonably anticipate that a Clinton White House will indeed be even less transparent than the Obama White House has turned out to be.

“But Hillary Clinton has been victimized by the press,” I hear you cry. Perhaps. Here’s my response: I don’t care. Shall we run down the list of the many, many, many Republicans who have gotten a bum rap from an ideologically driven press corps? Was George W. Bush treated well by them? Look, if you want to be the most powerful man or woman in the world, you are going to have to put up with some nonsense along the way. A hostile press corps may well be one such bit of nonsense, and if a hostile press corps is too off-putting to the likes of Hillary Clinton, then her dilemma is easily solved: Hillary Clinton shouldn’t run for president. There. Problem solved. No nonsense to put up with.

But it will not do for either Hillary Clinton — or for any other presidential candidate for that matter — to do what she very clearly wants to do: run for president without all the hassles of being transparent. Presidential candidates –especially heavily favored ones like Clinton – should not be allowed to have it both ways. Either she is going to have to learn how to play nice with the press, have to remain open with them – and with the American public as well. There can be no middle ground.

Yes, there are some matters that can be secret; even presidential candidates have personal lives and zones of privacy. But Clinton’s history of hostility with the press raises the legitimate concern that she will withhold information that the American public deserves to know simply to spite the media. And that kind of situation is intolerable.

If a disingenuous middle ground is sought by a future Clinton campaign — one in which Clinton is allowed to withhold vital information while pursuing (and perhaps coasting to) the presidency — then the American public should stand ready to reject her campaign, just as it did in 2008. We have had enough of faux-transparency from a White House that could have used the admiration of a fawning press corps to deliver real transparency to the American people. The last thing we need is a president with a history of enmity towards the press,  which would end up being even more opaque than the Obama administration has been.