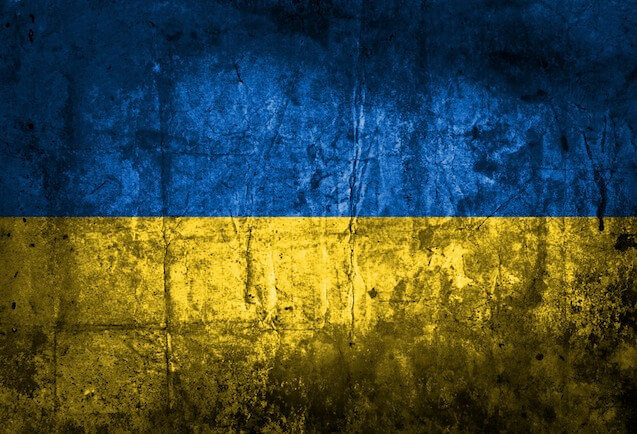 I’ve resorted to a penname since Ricochet 2.0 came out. After the Mozilla events, it felt like using my name publicly has too many risks; but that’s not what I’m here to talk about today.  Some of you may recognize my avatar and then may further connect me to my past life.  From 2004 to 2009, I lived in Russia, working for a multi-national. From 2009 to 2010, I took some time off and lived in Odessa, Ukraine.

I have a lot of insight, perspective, and contacts in both countries. Up to this point, however, I’ve moved on to normal life back in the U.S. and have become more and more disconnected from Russia and Ukraine.  Even the latest chain of events has left me fairly apathetic. It had become my conclusion that Russia will never change, despite my many hopes in the past, and that Ukraine is forever weak and schizophrenic about its identity.

What caused me to write this post was a recent exchange with a friend from Odessa. I had not written anyone in Russia or Ukraine before this, but just decided to check in with Oleg to get his take on everything going on. Here was his first response to my very general, open-ended question of how things were going. I received his reply on April 1.

Regarding the situation in Ukraine, to be honest, I don’t really care what’s going on. Odessa is pretty quiet, and this is most important. I don’t care about Kiev and all that stupid politics.

I definitely know that nothing will change for ordinary people. It will be even worse, since they must make some changes in the economy to get credit from the european banks, and one part of it is to raise communal payments for the usual people, increase taxes — overall, nothing good. Odessa people don’t really want Russia to come. Most people want an independent Ukraine with mutually beneficial relations with Russia and the EU, without joining russia. Anyway, we will see what will happen in the near future.

Ugh. How am I supposed to respond to that? That’s what exhausts me: the classic mindset that the West is out to get them. As most of you know, Odessa is a very pro-Russian (and Russian-speaking) region.  hey always want to be friendly with everyone, but if he thinks that Russia isn’t conspiring to take them over or dominate them, he is delusional.  If he wants a nation, he may have to fight for it.  But I love Oleg and refrained from replying until I could come up with something useful to say to him.

It turns out I didn’t have to. About 3 days ago, I received a followup e-mail from him that I think you’ll find fascinating:

The situation has changed significantly. At the moment, we are trying to withstand Russian aggression and incursion. Nobody here never even thought such a situation was possible between our countries. Russia has shown its real face, without a mask.

I take an active part in anti-Russian marches, as do many people here. Most of us don’t want Russians to come to our territory and set up their totalitarian regime, so we’re trying to confront their aggression. Ukraine is a democratic country and will always be, and we won’t allow Russia to come. They’ve already taken our Crimea and have an intention to invade in our eastern and southern regions.

The worst thing of all is that our army is almost poverty-stricken and totally unfit for action. The previous government, led by Yanukovich and Azarov, plundered the country, including the Forces and other sectors of economy. Now the Forces are indigent and unable to resist Russia.

Our new government has announced a fundraising program for the army. They asked ordinary people to help, and many have responded to the call. They raised about 90 millions grivnas, but this covers just a little bit of their needs. I also participate in this process and do whatever I can. I don’t want at all to be under Russia. I collected about 12.000 USD from all the people I know in Ukraine and sent them to the army’s account.

So, in fact, this is the reason I’m contacting you right now. It’s atime to go abroad :) I’d like to ask if you could help to save a democracy in Ukraine and donate some amount for our army to help it to get back to efficient condition and resist Russia. Every penny is important now. Any help will be really appreciated. Any $100-$200-$300…will really help. Also, please, talk to all the people you know — friends, relatives, colleagues, etc.. Some of them might wish to help Ukraine. I thank you in advance for your time and everything you will do for us. ….Thank you again for your help. Pray for Ukraine. I hope together we will win.

And so life has changed due to the unfortunate vagaries of reality. I feel awful that this is the situation, yet it is exactly how I predicted events would unfold. In other words, I knew before Oleg did.

What to do?  I don’t know yet. I haven’t replied. I trust him without hesitation, but giving money to the Ukrainian military could be a direct payment to any number of crooks down the line. I’m not really seeking advice about whether to send money, so please don’t add comments about that. I am definitely not soliciting funds.  I simply wanted you to see what is going on there on the ground. It is upsetting and sad that a place as lovely as Odessa is in such a pickle, but they tried for too long to straddle the fence between Russia and the West. Perhaps now they’ll learn the lesson. I only hope it isn’t fatal.