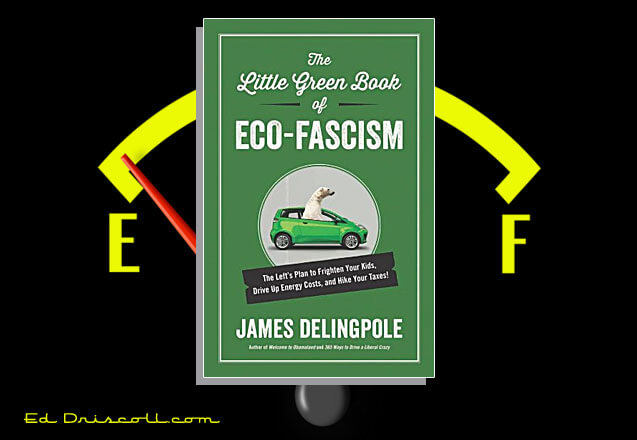 Since there’s no Ricochet podcast this week, if you missed my interview with Ricochet’s own James Delingpole at PJ Media, perhaps it will make up for the loss, slightly. (And given that it’s Earth Hour or Earth Day, or Earth Week, or some other pagan eco-holiday this week, it’s worth pointing out that my interview with James is much more ecologically friendly than most Ricochet podcasts, as no Blue Yetis were harmed in the making of this podcast.)

As James mentioned during our interview, “I’m not a scientist and actually given what I’ve seen of scientists in my experiences following the global warming scam, I’m glad I’m not a scientist because a lot of these guys are basically shysters and crooks. They’re not some kind of white-coated elite with a special hotline to the truth. In fact, they’re just ordinary guys and girls trying to earn a living like the rest of us but slightly more dodgily than the rest of us in the one or two egregious cases.” And that’s one of the kinder things that the author of The Little Green Book of Eco-Fascism:  The Left’s Plan to Frighten Your Kids, Drive Up Energy Costs, and Hike Your Taxes has to say on the subject. He’ll also discuss: