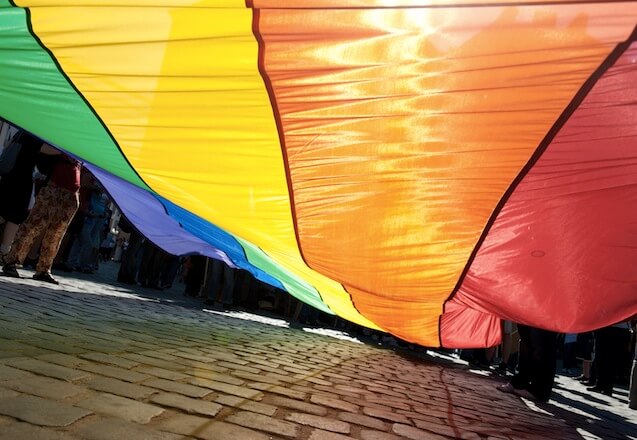 It is admirable that the well-respected signatories are calling for tolerance, but I am less than impressed with their statement. First, they repeat that deceptive little slogan “marriage equality” in a celebratory way, as if it really explained or illuminated anything. Can these smart people be unaware that equality simply means treating like things alike? The question, which has never been answered satisfactorily by anyone on that side of the debate, is what is the significance of the differences, particularly for children? Might there be a good reason why sexual unions that produce children should be treated differently than those that can’t? That nasty little question-begging slogan  “marriage equality” has in fact been a means of preventing discussion about the real issues at stake.

I do like their next point, that diversity is the natural consequence of liberty. They also say that this entails paying serious attention to the arguments of those they oppose. That’s good. Would that they would do so.

But since they assert unequivocally throughout the piece that they all support redefining marriage and are certain that this course is correct — without ever acknowledging that there might be some good reasons that marriage has always been limited to connecting males and females — one has to doubt that they have taken their opposition seriously, especially when they claim that “free speech created the social space for us to criticize and demolish the arguments against gay marriage and LGBT equality.” Uh, might there be some hubris going on here? The term “marriage equality” demolished no arguments, just avoided them.

Similarly, their use of judges to force their will on people who had voted against their side is not “demolishing” any sort of argument. In fact, Justice Kennedy’s shameful claim that there can be no reason besides animus against gays (read: “hate,” the queen of all delegitimizing words) is similarly a way to avoid dealing with objections and arguments. The myriad questions in this debate about social understandings and processes, fathers and mothers, family, and children and the importance of embedding them as often as possible in biological families have not been addressed. They tout the value of free speech without acknowledging their own complicity in subverting it on behalf of the cause they so self-righteously proclaim.

Then there’s this little gem:

We prefer debate that is respectful, but we cannot enforce good manners. We must have the strength to accept that some people think misguidedly and harmfully about us. But we must also acknowledge that disagreement is not, itself, harm or hate.

Nice of them to say that those of us who disagree with them are not necessarily, per se, causing them “harm or hate”, but we are lacking in manners and are obviously misguided. Yup—that’s a time-honored way to respect the opinions of others and foster debate. Having lived through the run-up to Prop 8 here in California and observed the situation since, I can tell you that the lack of manners is preponderantly on their side.

They end with an appeal for tolerance of opposing views—no one should lose their job (as Brendan Eich did) because they donated to Prop 8‚but there are limits to their patience. Their last passage reads, “we place our confidence in persuasion, not punishment. We believe it is the only truly secure path to equal rights.” In other words, they can put up with us for now, but if we aren’t eventually brought around by their wonderful patient persuasion, well… you kind of get the idea that what they’re asking for is a grace period during which the benighted ideas of their opponents can become so beyond the pale that no one will dare express them.

Don’t get me wrong. I actually do appreciate that they have released this statement, because it is much better than the desired course of the witch-hunting, take-no-prisoners wing of their coalition. But while patronizing statements are better than nothing, it would be far better to finally actually have the debate that they claim is over.