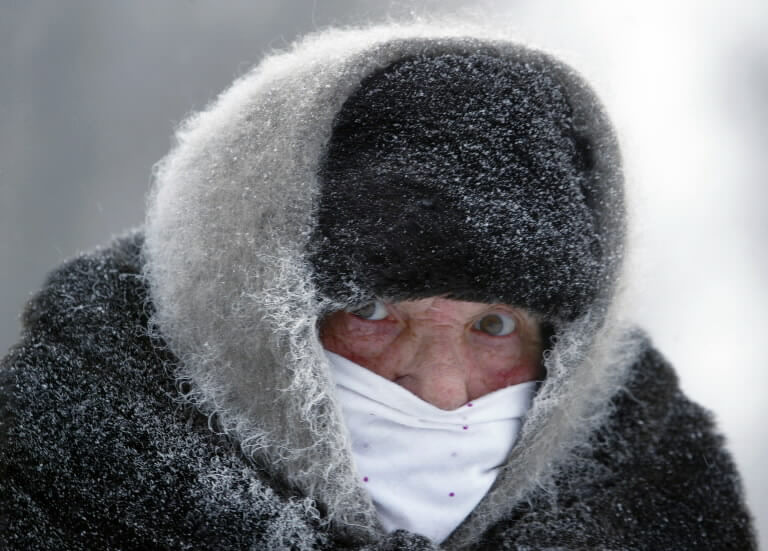 If I’m actually rooting for Putin to go ahead and shut off the gas, does that make me a bad guy?

This is almost too easy. I’ll give the man a paragraph or two before I pounce.

Because such an oil shock, though disruptive in the short run, could have the same long-term impact as the 1973 Arab oil embargo — only more so. That 1973 embargo led to the first auto mileage standards in America and propelled the solar, wind and energy efficiency industries.

So transformative was that embargo that, 40 years hence, a whopping 3% of our electricity is generated by wind farms, and an almost unfathomable 9% is generated from solar. That remaining 88% is surely right around the corner.

A gas embargo by Putin would also reinforce the message of the United Nations’ latest climate report by the Intergovernmental Panel on Climate Change, which warned with greater confidence than ever that human-created carbon emissions are steadily melting more ice, creating more dangerous sea level rise, stressing ecosystems around the globe and creating more ocean acidification, from oceans absorbing more C02, posing “a fundamental challenge to marine organisms and ecosystems.

Run-on sentences aside, most observers who have reviewed the IPCC’s latest report, have described it as backtracking on a number of its outlandish claims. But that’s no reason for Thomas “The Tank Engine” Friedman to stop chugging along and evangelizing for alternative energy.

Sunday, at 10 p.m. Eastern time, Showtime will begin airing a compelling nine-part series, called “Years of Living Dangerously,” about how environmental and climate stresses affect real people. The first episode features Harrison Ford confronting Indonesian officials about the runaway deforestation in one of their national parks, Don Cheadle following evangelicals in Texas wrestling with the tension between their faith and what is happening to their environment, and this columnist exploring how the prolonged drought in Syria contributed to the uprising there. The ninth episode is an in-depth interview with President Obama on environment and climate issues.

I suspect that Friedman and I define compelling somewhat differently.

I asked Harrison Ford, a longtime board member of Conservation International, whether working on the documentary left him feeling it was all too late. “It isn’t too late; it can’t be too late,” he said.

If Han Solo thinks there is still time to save a planet, then who am I to argue? I mean the man is batting .500 when it comes to preventing the destruction of planets.* If only the Falcon did .6 past light speed.

To return to Friedman’s original question,  if you need to ask whether or not something makes you a bad person — as a rule — it probably does. In England alone, about 40,000 excess deaths per year occur during the winter months. In France it is nearly 25,000. Aside from the risks of hypothermia when people cannot afford to heat their homes, the chances of heart attacks and strokes increase as the temperatures fall. The flu becomes more resistant, and the human body less able to fight off viruses.

Al Gore’s really inconvenient truth is that global warming would save lives. Extreme cold takes more lives each year than extreme heat. By one study, a net 1.4 million people will be saved by mid-century if global warming estimates on temperature increases hold up.

Rooting for reduced access to heat is quite literally rooting for increased human death and misery. But it will net us marginal increases in the usage of more expensive and less reliable sources of energy.

So tell us Thomas, do you think that makes you a bad person?

* Destroyed: Alderaan. Saved: 4th moon of Yavin. Though technically a moon, I score this one as a save by the dashing rogue, since it is was planet-sized.