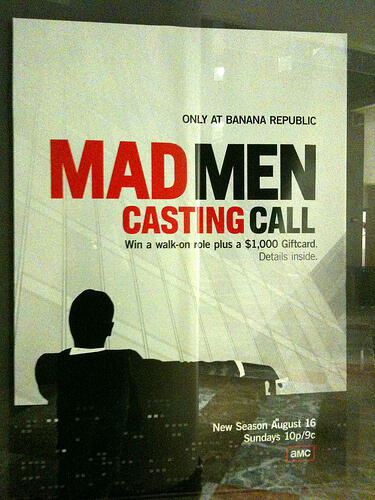 TV’s best show is back, tonight, in just over a half an hour. (I write from the West Coast.) Why do we watch, again? And again? A lot of ink has been spilled about Mad Men — and, yes, as you spill some more below, you should consider this the most exacting test of Ricochet’s reputation for grown-up behavior yet: no spoilers. So I’m going to try for a different angle on why we tune in.

We watch because we’re mortal and we know it.

The short space of sixty years will never confine the whole imagination of man; the incomplete joys of this world will never suffice for his heart. Alone among all the beings, man shows a natural disgust for existence and an immense desire to exist: he scorns life and fears nothingness. These different instincts constantly drive his soul toward contemplation of another world, and it is religion that guides it there.

And during this borrowed time, the men and women of Mad Men know, themselves, that the clock is ticking. Sometimes they labor quickly to destroy themselves. Sometimes they retreat and sit or stand still and catch a glimpse of the vista of that destruction, a scorn for health and safety that titillates us now but only because it still stirs within us.

Mad Men is a show relentlessly, beautifully, brilliantly about time, and like anyone or anything brilliant about time it knows and shows that time is us, our mortality, our once-ness, for once is all we get, and we know it. The interim is ours.

That interim, as Shakespeare knew, is the raw material of drama. It can be the cold pause in which we find the vantage to see our lives as if we had stepped outside them, as Hamlet tried to do.

Or it can be the hot minute described in Julius Caesar:

Between the acting of a dreadful thing / And the first motion, all the interim is

Like a phantasma, or a hideous dream: / The Genius and the mortal instruments

Are then in council; and the state of man, / Like to a little kingdom, suffers then

The nature of an insurrection.

Last season was notoriously on the slow side. This season? Hold on to your fedoras.