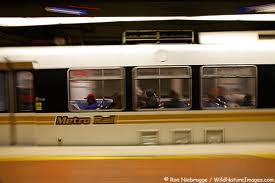 This week, Los Angeles is celebrating the 20th anniversary of its Metro Rail system. The whole thing cost $8 billion. Miles and miles of tunnels were dug. Gleaming new stations were built, complete with correct art — lots of smiling “indigenous” people, lots of murals, you get the picture — and the whole system is the kind of big-project, big-money undertaking city governments love: you get some money from the Feds, you get some money from the taxpayers, you build a monument to yourselves.

And nobody, really, is riding the damn thing. From the LA Times:

But although the region now has a gleaming system of subways and light-rail trains, some transportation experts say the Los Angeles County Metropolitan Transportation Authority’s $8-billion effort — less operating costs — has done little to reduce traffic congestion or increase the use of mass transit much beyond the level in 1985, when planning for the Metro Blue Line began.

Typical, really. Big projects mean lots of money sloshing around, spilling and splashing into places and pockets it’s not supposed to go. Buses, which aren’t glamorous, would have been a better and more effective way to reduce traffic.

Is there any evidence to suggest that any other city — or state, for that matter — could spend $8 billion better? People keep talking about big projects like this — high-speed rail; major electrical grid upgrades — but is anyone confident that big government can handle big projects?

Look, I think we need government to undertake some big things. Hoover Dam-type things. Federal highway system-type things. But what happened between then and now to make that seem so fraught with failure, to make us (well, me, anyway) so pessimistic about the combination of your typical state or city government and $8 billion?