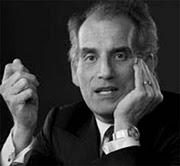 My father sent me an update from France today. I thought it was so interesting that I asked him if I could post it here. He said sure, why not? So I’m pleased and proud to report that today I’m delivering David Berlinski’s first Ricochet Guest Post.

PARIS The manifs have not yet ended, but Sarkozy has crushed the unions; he has won a notable victory and deep down, no matter the polls, everyone is pleased that he has. It was all in all a remarkable demonstration of political adroitness on his part. For years, the unions have held a stranglehold on the government, forcing Mitterand, Chirac and Villepin to back down on even the most modest of reforms. Villepin got as far as passing a law with respect to the Contrat de Première Embauche, but he caved in when the students got into the streets and thereafter no more was heard about the law. The unions thought that they could roll over Sarkozy in the same way. They were wrong. He rolled over them.

How did he do it? For one thing, he understood, as Villepin never did, that French strikes are by their nature self-limiting. Strikers do not get paid. They cannot stay out for long. For another thing, he understood, again as Villepin did not, that demonstrations become counter-productive very quickly, and that unless they become forms of civil insurrection, they do little more than tie up the streets. For a third thing, Sarkozy understood that lycée and university students are widely loathed in France as so many spoiled, self-satisfied social parasites, and that the moment they took to the streets in large numbers, they would empty any movement they were supporting of serious support. Who on earth would take seriously a sixteen year old assessing the prospect of pension reforms? And, finally, Sarkozy calculated correctly that the Socialists and the unions would miscalculate. This is just what they did.

Ségolène Royal went on television to demand that students join the demonstrations, and when she was roundly attacked for irresponsibility, she went on television again to deny what she had said. France 1 and 2 showed endless clips in which she was heard both to affirm what she had said and deny that she had said it. The students did join the demonstrations and as Sarkozy anticipated, they found themselves the object of universal derision, the more so since they were forced to leave their labor agitation in favor of a two-week vacation. Both the UMP and the Socialists might have consulted the calendar in order to determine that a vacation was in prospect, but only Sarkozy and the UMP did.

Strikers were encouraged by their unions to take over and shut down the petrol refineries — another miscalculation on the part of the unions. Gas stations ran dry and the French almost at once decided that being able to fill their gas tanks with petrol was a more important social consideration than pension reform, and to hell with it. Sarkozy let the frustration build for a week, and then he sent in the riot police to open the refineries by force. The police arrived at three in the morning and dispatched the strikers with absurd ease. Union leaders denounced the timing as scandaleux. Sarkozy also demanded in Lyon and other cities afflicted with casseurs that the police infiltrate the manifs in order to arrest the culprits. This they did. There were satisfying scenes every night of surprised rioters who on heaving a brick through a shop window found themselves suddenly seized by their fellow rioters and hurled to the pavement, their arms behind their backs. It was fine to see. Everyone enjoyed seeing it. And union leaders were again forced to say that they were outraged.

No one much likes Sarkozy here in France, but everyone now quite understands that he is smarter than the Socialists and tougher than the unions. It is a powerful combination.

Some of you may be wondering: Claire, do you and your father always exchange e-mails like that? No, actually, most of our e-mails concern our cats and the cute things they do. I get my affection for animals from him, too. In fact, I gave it to him: His cat, the Wankster, is the last living member of a litter of three; my brother and I rescued them in Bangkok, in 1995. We found them orphaned in a flowerpot outside the Asia Times, where I used to work. I don’t have a photo of her, but she’s very grumpy and her ears stick out, making her look like yoda.