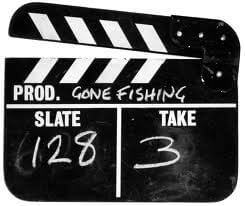 I had just sat down to start my “Clapper Must Go” piece when I saw that Claire had already posted a piece with exactly the same title. Suffice it to say that I agree 100% with her conclusion. So does John Podhoretz, who called Clapper’s comments on the Brotherhood

one of the most reckless and irresponsible statements ever made publicly by an American official at a critical and delicate moment. If one of the key figures in the making of the administration’s foreign policy is already making excuses for the Muslim Brotherhood, the president needs to signal immediately that the United States does not view this evil and destructive force with rose-colored glasses. Hard to say how Obama can do that in a way that will be meaningful and still allow Clapper to remain in his office.

So just what the hell was&nbsp;this? A simple gaffe? Too detailed. A calculated sound byte intended to give the Brotherhood a false sense of security? Oh, they’re feeling secure, all right. Between this clown and CIA Director Leon Panetta getting his Mubarak intel&nbsp;from CNN, US intelligence is the gift that keeps on giving.

There are two possibilities, and they’re both appalling. One is that Clapper knew everything he was saying was a gross distortion of reality but said it anyway, thereby deliberately misleading the American people and giving aid and comfort to a group whose interests are completely antithetical to those of the United States. The other is that Clapper is genuinely ignorant of the agenda of the Muslim Brotherhood, a thought that is just about as unnerving as can be imagined.

If it needs to be to pointed out to the Director of National Intelligence that Google is his friend, we are in a boatload of trouble, folks. I wish I was kidding.

More On This Topic: