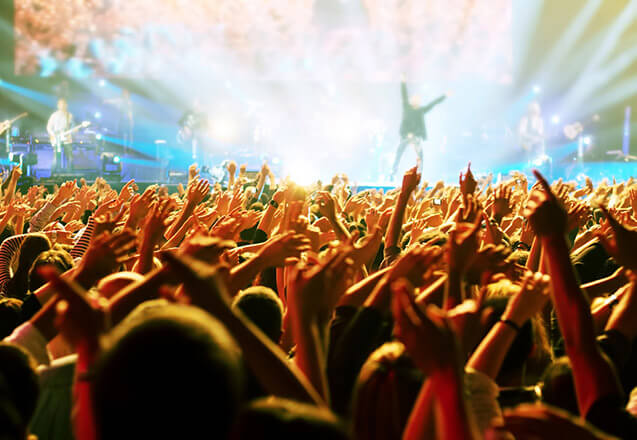 I talked a junior high friend into leaving the rides at the Arizona State Fair to catch the power pop legends. Cheap Trick was supporting one of their forgotten albums of the early ’80s but played all the classics. They put on a great show as always, though guitarist Rick Nielsen had bronchitis and was hawking loogies off-stage most the show. Total groupie magnet, that Rick. As a result, I didn’t attempt to catch one of the 100 picks he tossed into the crowd. (P.S. I’m discounting the time my dad strolled us kids by Jerry Reed at the Lake County Fair and when I was forced to see Tony DeFranco and the DeFranco Family with my older sister. You can’t hold those against me.)

Last Concert: Half String and The Tennis System

The first rule of hipsterdom: only listen to bands that don’t get airplay. In the early ’90s, I dove deep into the British shoegaze scene, listening to one-named, lower-cased bands like ride, lush, swervedriver, et al. The slow tempo, laconic vocals and insanely loud guitar inspired many musicians here in the Sonoran Desert. Tempe, Ariz. band Half String organized a series of Beautiful Noise festivals and reprised the scene recently with newer bands rediscovering the wall-of-guitars-and-effects-pedals sound. Killer show; hearing protection recommended.

The late songwriting genius and rock auteur Scott Miller formed two NorCal bands: Game Theory and The Loud Family. Both were brilliant and feted with critical acclaim, but received little airplay. Kind of a hyper-literate Cheap Trick (or Big Star), Miller’s bands weaved perfect pop songs out of obscurantist references to culture high and low. I had been a slavish fan in the mid-’80s, but never saw them Miller live until the late ’90s. I helped promote the show, so I got to share dinner with my idols and even got a shout-out from the stage. That earned serious cred for my ego and duly impressed the missus.

Now it’s your turn: What was your First Concert, Last Concert and Best Concert?