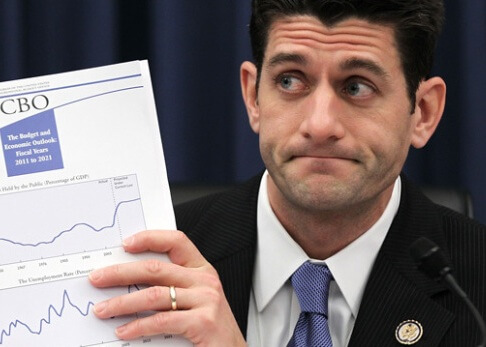 In October, the CBO released findings from a study on income inequality&nbsp;that revealed that income inequality had grown significantly in the period between 1979 and 2007.&nbsp; This caused a mass wringing of hands among the liberal punditocracy and emboldened Democratic policy makers to demand increases in marginal tax rates for top income earners.

Though some conservatives –principally our own Richard Epstein– have dared to make the case that income inequality is actually a good thing, Republican policy makers have seemed sheepish in debate over the topic. &nbsp;Paul Ryan’s recent 17-page paper&nbsp;on the subject of income inequality proves the notable exception here. &nbsp;

Rep. Ryan’s aim isn’t to defend of income inequality, but rather to promote upward economic mobility.&nbsp; To that end, he explains the factors that contribute to inequality and discusses their relation to mobility.

Some of these factors are beyond the scope of anything the government is equipped to address.&nbsp; Take, for instance, the demographic changes that have led to more income inequality over the past fifty years.&nbsp; From Ryan’s paper:

[T]he size of the typical American household has been shrinking over the past half century, moving away from the once-ubiquitous married-couple household to single-parent or so-called “non-family” households. Fewer children are being born, fewer parents are getting married, and fewer couples are staying married. This shift to smaller households with fewer earners, by itself, will tend to increase inequality.

Some factors that have contributed to greater inequality are socially desirable.&nbsp; In this category, Paul Ryan lists increases in individual freedom alongside decreases in institutionalized discrimination.

Going back further, since the 1950s and ‘60s, an advance toward greater individual freedom and a decrease in institutionalized discrimination has increased competition in the labor market, as large numbers of individuals from previously discriminated-against groups joined the workforce. For instance, between 1950 and 2005, the labor force participation rate for adult women nearly doubled…[T]he addition of women to the labor force has increased the number of dual-income households, which has had an especially pronounced effect at the top of the income distribution. This incidentally contributed to growing income inequality, as millions of empowered women assumed greater control over their work and family decisions.

Other factors that lead to greater income inequality also hamper upward mobility.&nbsp; Lumped into this category are the transfer payments from younger, poorer Americans to older, richer Americans.

The younger generation is already starting from a tough position. Fresh Census data shows that the wealth gap between the elderly and the young has reached an all-time high as households over 65 have net wealth that is 47 times higher than households under 35. This wealth gap has doubled since 2005, fueled by the economic recession. Demographers think that this gap could be as wide as it has ever been, even in those times that pre-date government records. The looming entitlement crisis, with younger Americans responsible for financing the shortfall, promises to worsen this trend.

Where government has gone into the business of equalizing incomes through taxation, Ryan argues, it has produced a bevy of unintended consequences.&nbsp; And where government has gone to great lengths to provide income support to those who don’t need it, we’ve only seen an increase in income inequality.&nbsp;&nbsp; What’s needed now more than ever is meaningful reform to the tax code and the kind of entitlement reform that Paul Ryan has been persistently calling for.