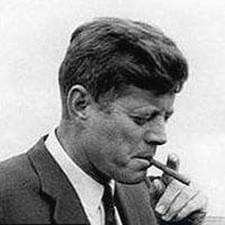 Catching up on my reading, I just now came across this piece, “The Future of the Obama Coalition,” on the website of the New York Times. &nbsp;The author, Thomas Edsall, spent 25 years covering politics for the Washington Post&nbsp;before taking his current position as a journalism professor at Columbia. &nbsp;If I had to make a wager, I’d bet a lot that Edsall is as liberal as any other product of Washington, D.C. newsrooms. &nbsp;But I’ve met Edsall a few times, and in conversation, as in his large body of work, he strikes me as thoroughly fair-minded.

Which makes his piece today all the more arresting. &nbsp;An excerpt:

For decades, Democrats have suffered continuous and increasingly severe losses among white voters. But preparations by Democratic operatives for the 2012 election make it clear for the first time that the party will explicitly abandon the white working class.

All pretense of trying to win a majority of the white working class has been effectively jettisoned in favor of cementing a center-left coalition made up, on the one hand, of voters who have gotten ahead on the basis of educational attainment — professors, artists, designers, editors, human resources managers, lawyers, librarians, social workers, teachers and therapists — and a second, substantial constituency of lower-income voters who are disproportionately African-American and Hispanic. The New Class plus poor people of color.

Everybody deserves representation, of course, and who knows? That coalition may indeed put Obama over the top. &nbsp;

But the Democratic Party of Franklin Roosevelt and John Kennedy and Hubert Humphrey–the party that prided itself on championing the ordinary working American–has utterly vanished.