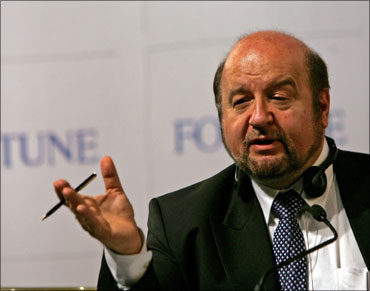 I’m so awake I could lace on my running shoes and do twenty laps around Central Park. I know they say this is the city that never sleeps, but from what I can see, looking out the window, that too is just media hype. The lights are off, the streets are empty, and I guess everyone but me is snoring soundly.&nbsp;

Well, for anyone else who’s awake–Istanbul friends? You up?–Hernando de Soto just sent me a link to his latest piece in the New York Times, which is really interesting. (Yes! Hernando de Soto sent an e-mail to me, personally! I don’t care if I’m just on his assistant’s mailing list. It made my day.)

Here we are, three years into the global financial crisis, and we’re still flying blind. We don’t even know what we don’t know. What we do know is that we’re stuck in a huge contraction of private credit; no one is making enough loans and investments to expand or start businesses and get the economy growing. The remedies applied by U.S. and European governments tried to treat the symptoms — bad debts, shaky banks, floundering businesses, people losing their homes, rising unemployment, currency wars — and not the disease.

Had those symptoms been the real cause of the crisis, “vulture capitalists” should have swept in by now. They should have spotted the signals that send knowledge of who is in trouble and — following the laws of supply and demand — picked up on the cheap the potentially lucrative remains of the nonperforming assets and transactions, correcting the deficiencies that led to them.

They would have bought a block of old houses and revamped it into a 20-story high-rise with two restaurants and ample parking.

They would have taken over an airline unable to fill its first-class section and rearranged it into a discount, no-frills option with twice the number of seats per plane. That hasn’t happened to any significant degree. Why?

Why indeed? Here’s his answer: The knowledge system is broken.

You could say that the knowledge organized by property and transaction records plays the same role in credit that DNA plays in biology: it stores the long-term, measurable information that governs how the different cells of the body come together.

Balance sheets that once clearly signaled facts, allowing outsiders to infer what that company owned — and owed — have too often been mutilated. Some companies in difficult financial situations can legally resort to “off balance sheet accounting”— transferring the bad news to less visible ledgers, called Special Purpose Entities (SPEs) — or to sweeping information regarding their debts into illegible footnotes. When Enron collapsed, it had 3,500 SPEs. &nbsp;…

Economic activity has been allowed to cross from the rule-bound system of property, where facts and interests are recorded and built into useful knowledge, into the incomplete legal space of global finance, where arbitrary interests trump facts and paper swirls mindlessly …

How can anyone be comfortable extending loans if balance sheets don’t signal all the facts? If those who hold the assets and the risks cannot be easily located? How do you know which banks and countries are solvent, if you cannot determine how many toxic assets they hold; if the legal owners of mortgages can’t be found; if banks can’t clear their books because courts continue to stop foreclosures because titling is unclear; if there is little information on whether those who claim they can cover risk defaults have the assets to do so? …

As tragic as it was that a number of homeowners of modest means couldn’t meet their mortgage payments and some were forced to turn over their houses to their creditors, nonperforming debts estimated to be worth less than a trillion dollars were hardly enough to trigger a historic, persistent credit contraction. But they did, because the credit that was contracting was not anchored in bills and coins but in the knowledge contained in property reporting and signaling systems, which had deteriorated.

When that paper ceases to be reliable, when it no longer functions as a signal for collateral, as an enforceable guarantee, a credible assurance, or a reasonable measure of risk, then — Whoosh! — private credit vanishes. Just as your identity does when you step up to the immigration counter and discover you’ve lost your passport.

That’s what happened when the subprime crisis exploded. The derivatives that financed the nonperforming sub-prime mortgages were rapidly losing value, threatening to cause a run on the banks because there was — and remains— so little property knowledge about them.

Read the whole thing. What do you think? Is he right?