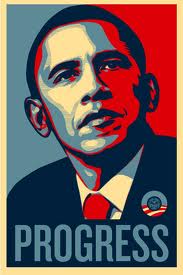 William Galston — who served as issues director in the Presidential campaign of Walter Mondale, and who went on to serve as Domestic Policy Advisor for President William Jefferson Clinton — is an honest and honorable liberal Democrat whom I have known for years. On policy issues, we only rarely agree, but, on electoral politics, it is even more rare that I do not learn from reading what he writes something significant that I did not know.

Back in mid-December, when he considered the significance of Barack Obama’s much-heralded Osawatomie speech, he warned&nbsp;that economic populism as a political strategy was likely this year to be a loser; and, in explaining why, he pointed to some very interesting and surprising polling data. Everything that Galston had to report in his piece — which suggests that Americans are far more concerned about the absence of economic growth than about inequality — is worthy of note. But the real kicker is this:

The source of the change is surprising. Republican fear of government, already sky-high in 2009, hasn’t budged, while fear of government among independents has risen only modestly. The big change has occurred among Democrats. In 2009, only 32 percent feared big government the most, compared to 52 percent who feared big business. Today, fully 48 percent of Democrats (up 16 percentage points) cite government as their principal fear, while only 44 percent give business pride of place. In short, a 2008 election widely regarded as heralding a shift toward the more government-friendly public sentiment of the New Deal and Great Society eras seems to have yielded just the reverse.

I have thought since April, 2009 that we were in the midst of a political realignment. The data cited by Galston would suggest that I might just be right.&nbsp;Like John Lindsay in days gone by, Barack Obama is the sort of man who gives a bad cause a bad name.