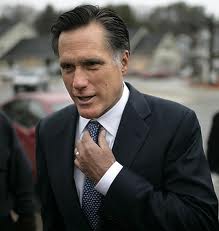 In the Washington Examiner, Byron York has a fascinating after-action report:

They won’t say it publicly — they don’t want to appear churlish or disrespectful on a night they took a serious beating — but it’s no exaggeration to say that even after losing the South Carolina primary to Newt Gingrich, members of Mitt Romney’s circle find it absurd — almost crazy — that the former House speaker has even a ghost of a chance of becoming the Republican Party’s presidential nominee. Romney’s circle has a point.&nbsp; With the Florida primary just days away, Newt Gingrich still lacks the big campaign organization and overflowing coffers he’ll need to compete effectively in the fourth most populous state in the nation.&nbsp; Perhaps even more to point, the Romney campaign has been urging Florida’s Republicans to vote early, and by some estimates as much as 30 percent of primary voters have already done so, casting their ballots when Romney remained dominant.&nbsp;

On the other hand, to quote Byron York once again, there’s this:

Gingrich’s campaign was also faster and more nimble than the Romney battleship. “There is a very strong contrast between the two campaign organizations,” said Gingrich adviser (and former George W. Bush administration official) Kevin Kellems.&nbsp; “In military terms, it’s speed versus mass.&nbsp; Newt Gingrich’s operation, and Newt Gingrich as a man, has a great deal of speed — intellectual speed, decisiveness.&nbsp; The Romney campaign is much more about money and size, having hired half of Washington D.C.&nbsp; And sometimes, speed beats mass.”

It certainly did this time.&nbsp; In the next few days, there will be plenty of analysis attributing Gingrich’s victory to other factors: his commanding performances in debate, his next-door advantage in South Carolina, and Romney’s now-traditional difficulties in the state.&nbsp; But after all the talk of ground game and debate war, there’s a simpler reason Gingrich won: On the stump, in town hall after town hall, across South Carolina, Gingrich has been a markedly better campaigner than Romney.

Next stop, Florida–and we shall see.

In the meantime, read Byron’s article in full right here.