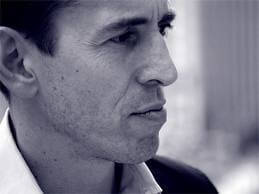 Earlier this week, James Delingpole put up a post entitled, “Why Not?“, quoting Ron Paul’s question, “Why  is it that we can’t put into our body whatever we want?”

James received a deluge of comments, many of them denouncing the libertarian position in terms that (frankly, and alas) sailed pretty close to the Ricochet CoC. Yet as unpopular as James’s question may have proven, I was reminded, no less a figure than Milton Friedman would have endorsed it, completely and heartily.

In a podcast they’ll be recording on Tuesday, James and Paul Rahe will be debating the war on drugs, providing us all with the intellectual equivalent of King Kong versus Godzilla. In the meantime, I thought I’d post an excerpt from an episode of Uncommon Knowledge, dating back to 2000, in which Milton Friedman and California Gov. Pete Wilson warm up for James and Paul.  (The excerpt favors Milton, but in the full exchange Pete Wilson gets in punches of his own.)

Milton Friedman: The dollars are the least of it. What the real costs is what is done to our judicial system, what is done to our civil rights, what is done to other countries. I want Pete Wilson to tell me how he can justify destroying Colombia because we cannot enforce our laws. If we can enforce our laws, our laws prohibit the consumption of illegal drugs. If we can enforce those, it would be no problem about Colombia. But, as it is, we have caused th–tens of thousands of deaths in Colombia and other Latin American countries. I think that prohibition of drugs is the most immoral program–immoral program that the United States has ever engaged in. It’s destroyed civil rights at home and it’s destroyed nations…

Peter Robinson: It’s destroyed civil rights at home because of large numbers of Blacks and Hispanics and…

Peter Robinson: …what do you mean by that?

Milton Friedman: No, no. It’s destroyed civil rights at home for a very simple reason. If you take laws against murder or theft…

Milton Friedman: …there’s a victim who has an interest in reporting it. So if somebody is–has a burglary, he calls the cops and the cops come and investigate. Now in drug use, in the–when you try to prevent somebody from ingesting something he wants to ingest, you have a willing buyer and a willing seller. There’s a deal made.

Peter Robinson: No one has an interest in reporting it.

Milton Friedman: No one has an interest–and so the only way you can enforce it is through informers. That’s the way in which the Soviet Union tried to enforce similar la–laws, laws which tried to prevent people from saying things they shouldn’t say. Th–what’s the difference, Pete, between s–p–saying to somebody, the government may tell you what you can take in your mouth but the government may not tell you what you may say out of your mouth?