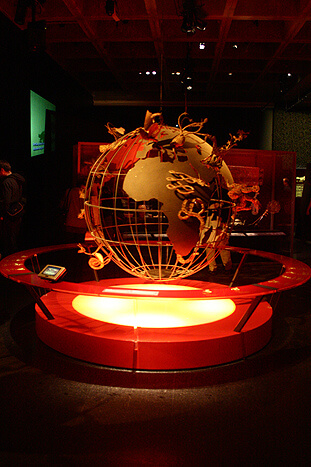 Good morning, Ricochet! Please join me today in a special tour–communism, on the march to peace, justice and prosperity around the globe!

Our trip today begins in Kidapawan City in the Philippines, where communist insurgents killed a member of a platoon of soldiers investigating reports of gunmen exacting “protection money” from farmers in Tubay town:

Local officials identified the slain soldier as Pvt. Phet Jordan of the Army’s 14th Scout Ranger Company, felled by rebel snipers while distributing ammunition to his companions as he and other soldiers traded shots with some 30 New People’s Army guerillas over the weekend in Barangay Tagamamarkay, Tubay.

The NPAs have claimed responsibility for the March 7 murder at the public market here of Filipino-Swiss entrepreneur, Patrick Weneger, 48, who spoke against the extortion activities of communist rebels operating in Kidapawan City and surrounding towns.

The slain businessman, whose family owns a rubber plantation at the border of Kidapawan City and Makilala, North Cotabato, was known for his tough stance against the payment of “revolutionary taxes” to the NPA by members of the local business community.

Asia’s longest-running  communist insurgency, notes the International Crisis Group, “has continued so long it has ceased to receive the attention it deserves.”

(What suffering does receive the attention it deserves, I wonder?)

So, having given the 120,000 victims of this insurgency a minute of our attention, which is about the best they’ll get in today’s hyper-saturated media environment–although that hardly means they didn’t notice–let’s spin around the globe to beautiful Orissa, where Maoist rebels have abducted two Italian nationals. This even made news in the West. After all, when they start abducting Italians, it’s serious.

Frankly, it was serious even before the Italians got messed up in it:

Orissa, your suffering too has been recognized with a minute of our attention. I hope that’s a comfort.

ITEM: A museum about communism opens in Albania.

A museum? How interesting! What’s in it, I wonder? Some 100,000 Albanians were imprisoned, sent to internment camps or executed during the 46 years of Hoxha’s repressive regime.

Albanians toppled a 20-foot (6-meter) statue of Hoxha in the capital’s central Skanderbeg Square on Feb. 20, 1991, about two months after the collapse of the communist regime. Hoxha himself died in 1985.

The museum has photographs of mass graves where many of the executed were buried, as well as handcuffs, chains and victim’s clothes and personal belongings.

Actually, I didn’t wonder. I knew.

Bedri Blloshmi, who spent 15 years in the notorious Spac prison, 62 miles (100 kilometers) north of the capital of Tirana, said none of Albania’s post-communist governments had helped.

“No one is interested in us. Where should we ask for our rights?” he said during the exhibition opening. “There is only one hope for us: To die as soon as possible so that we are rid of the sons of the former communists, who persecuted us then and who now run the country.”

ITEM: Cuba! Best health care in the world, you know! Police in Cuba have arrested dozens of dissidents ahead of a rare visit by Pope Benedict XVI to the Communist island nation next week, media reports citing activists said late on Sunday.

Most of those detained were members of a group of female relatives of imprisoned dissidents, known as the ‘Ladies in White.’ They were arrested while participating in their weekly silent protest march held in capital Havana.

The ‘Ladies in White’ group has been holding silent protests in Havana every Sunday, demanding the release of political prisoners. The Cuban government has alleged in the past that the dissident movement was part of a U.S. conspiracy aimed at undermining the Communist regime. It also accuses the ‘Ladies in White’ members of being agents of the U.S. government.

ITEM: Mélenchon takes the Bastille! Our correspondent in Paris, Arun Kapil, has the update:

Jean-Luc Mélenchon’s Front de Gauche staged a big march this afternoon, from Place de la Nation to the Place de la Bastille, culminating in an address by Mélenchon to the masses in front of the Bastille Opera. The event was a huge success. There were several tens of thousands, considerably more than the 30,000 that had been predicted. It was the biggest march in France of the peuple de gauche not directly organized by trade unions in a very long time, with legions of aging PCF militants, probably every last member of Mélenchon’s own Parti de Gauche, and activists from other sundry hard left associations and groupings. People of all ages. The other campaigns were certainly following the event very closely, particularly Hollande’s—which will be concerned by its success, as it wants as many of these folks as possible to vote for him in round one—and Sarkozy’s, which will be pleased by the success, as they hope Mélenchon will create problems for Hollande.

Have these people no goddamned shame?

Arun has provided some fine photos of this event.

(Note: I removed the one I selected because I decided it was unfair.)