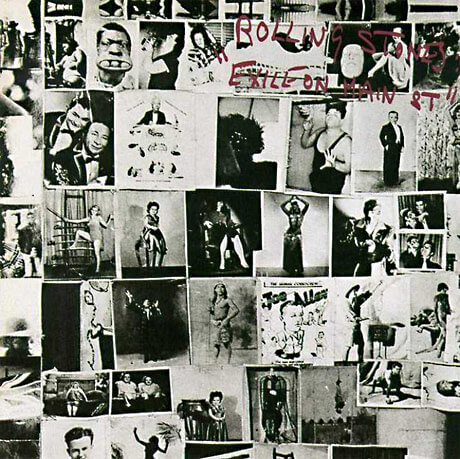 “I hear you talking when I’m on the street”

It’s an increasingly depressing vignette:  In meetings with “old” political friends, should we broach the subject of our kids – now the same age as we were when we joined the “Reagan Revolution” – ineluctably these Republican parents mutter, “They get their news from the Daily Show.”

Yes, it seems that in these abysmal days of a culturally triumphant Left, the idea that conservatism was once hip is as hard to imagine as 4% unemployment rates and the Flock of Seagulls selling records.  But, alas, ’tis true.

In the 1980’s, the Left viewed the septuagenarian Ronald Wilson Reagan (aka, “The Amiable Dunce”) as a former B-movie actor/Governor, unlicensed chimp handler, corporate shill and political reactionary, who conspired to foist his right-wing animadversions upon an unsuspecting America.  In this vile undertaking, he was abetted by a horde of pinstriped, Rock-n-Roll Reaganites (aka, “Yuppies”), who knew that the Ramones weren’t an Italian splinter-party; that this Blondie wasn’t Dagwood’s wife; that Some Girls wasn’t written by Jane Austen; and that America was kick ass.  This previously unthinkable advent of a conservative movement – with youth to boot – was the first grave political and cultural challenge to the Left’s hegemony since the electoral slaughter of Herbert Hoover.

“What’s the matter with the boy?”

Disconcerted by the ascent of culturally literate conservatism – be it an icon, like William F. Buckley, Jr., anouveauright-winger, like Norman Podhoretz, or a recovering fellow reveler, like P.J. O’Rourke – and dismayed by the Gen X multitude of Rock-n-Roll Reaganites who didn’t tune in and turn on to the aging New Left’s agenda, middle-aged hippies fresh from exchanging their tie-dyed Dead t-shirts for tumble dry Polo’s decided to do something other than maybe not take the brown acid:  the “Woodstock Generation” that deemed stripping and tripping in the mud an efficacious way to end a war sought to teach the “Live Aid Generation” that raised money to feed starving Africans a stern lesson about what constituted acceptable consciousness raising and proper political activism.

Frequently using its dominant media tools, the Left launched its salvos, including the nuclear family-tipped missile of the “Yuppie” character, Alex P. Keaton, as a cultural rejoinder and political prophylactic to the Gen X’ers who thought conservatism cool.  Yet, this and other liberal cultural counter-insurgency strikes against Reagan’s cadre of conservative jackanapeses flopped in the face of the “The Great Communicator’s” concrete successes and consummate showmanship; and against the force of a culturally attuned, inclusive and creative conservative movement.  Consequently, as did the majority of Americans, Rock-n-Roll Reaganites permanently embraced “The Gipper’s” popular conservatism.

“I want to shout, but I can’t hardly speak”

“It’s all mesmerized, all that inside me”

To understand what went recently wrong, we must examine what went initially right, so to speak.

In 1980, the long simmering conservative movement boiled over with Reagan’s election.  The only President who made a living in the arts (and served as an elected union leader), Reagan deftly melded his political and theatrical sensibilities and timing throughout his Presidency; and ensured conservatism retained the virtues that sustained it during its rise to political and cultural prominence.  Creative, entrepreneurial, impish, rebellious and, above all, rooted in the shared experiences of Americans, conservatism was called the “counter-counter-culture” – a testament its clear and present threat and ultimate transcendence of the politically and culturally dominant liberalism.

“Headed for the overload”

But nothing undoes like excess.  Insensate to the cultural counter-stroke that was the Baby-Boomer Bill Clinton’s Presidency, in the aftermath of the 1994 “Republican Revolution” and the 2004 Presidential re-election of George W. Bush, the GOP hubristically declared it had attained a “permanent majority.”  This was akin to Keith Richards saying he was completely straight.  Dismissive of the late Andrew Breitbart’s dictum that “culture is downstream from politics”; rapt with their power and perks; and absent inspiration and vision, the flush Republican “leadership” contented itself with living off the fumes of the Reagan Revolution and wallowing in the mire of pork barrel politics and lame managerial talking points.  Good times.

Bereft of the soulful perspective requisite to rebel against itself and reform, the conservative movement became a racket of GOPimpery.  Losing its beloved leader, as well as the conservative movement’s initial creativity, entrepreneurship, impishness and, above all, roots in the shared experiences of Americans, a culturally flaccid Republican Party could no longer even make a pretense of aping Reagan in speaking to Americans; instead, the GOP bewailed his absence in revisionist, discordant country-pop dirges of empty praise that littered the new conservative establishment media.  Such culturally atonal singing may have resonated with the die-hard members of a shrinking choir and facilitated the Republican Cashocracy’s lingering in political power for an extra Sunday or so; but culturally the die was cast and the GOPhilistines’ “permanent majority” imploded beneath the street level activism, dominant media bombardment, and cyber-broadsides of a politically revitalized, culturally attuned and revanchist Left.

In 2012, the political consequences to the party of Lincoln and Reagan are evident, dire and daily discussed this Presidential election year.  But the cultural carnage that is the present Republican Party and conservative movement will not merely impact a single election in November; it will inform a rising generation that will determine elections for decades.  Thus the crux:

Will the Right rise from the ashcan of kitschery; and allow Rock-n-Roll Reaganites back in the band to jam at some cultural dive bars downstream from politics?  Or will the rising generation continue to be informed by Stewart, Colbert and Maher?

Regardless, if the GOP’s band leaders balk at requests and prolong Rock-n-Roll Reaganites exile on Lame Street, well, what the hell: “Kick me like you’ve kicked before, I can’t even feel the pain no more….”