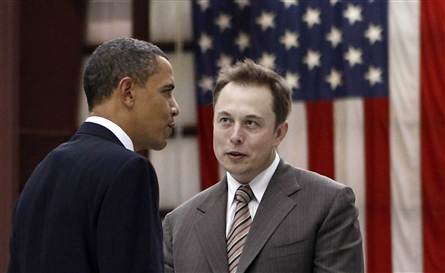 Those who know how to navigate an economy driven by the state will succeed. They do so regardless whether the market has determined their product as the best or not—sometimes it has, sometimes it hasn’t. Sometimes the consumer has no real ability, thanks to the aforementioned mix of laws and regulations, to go in another direction. Sometimes the only consumer is the government, meaning the appropriators, bureaucrats, and administrators who dream fondly of working some day for the contractor titans they fuel with other people’s money.

This is what life in a government directed economy is all about: protecting your revenue streams, locking into long-term rents, and finding new avenues where the case for redistribution can be made on any basis—ideally a moral one, which tugs at the heartstrings of people, and distracts from the endless profiteering which actually drives policy.

So subsidizing prescription drugs for the elderly becomes a human right; electric cars become not just a promising invention but an investment with the whole planet at stake; and a second engine for the F-35 becomes the difference between whether you favor an America that bows to China or not.

Consider just one individual as a perfect example of the government’s chosen winners: Elon Musk, the South African billionaire whose every media profile requires a comparison to Tony Stark. The sheer amount of the money he’s relied on from the U.S. taxpayer over the years to make his billions, ought to be instructive to you all on how to thrive in this reality. Just look how much $120,000 can buy.

While he profited in the millions from the sale of PayPal, Musk actually became a billionaire thanks to a 25% stock gain in his company, Tesla, which would not exist but for the largesse of the U.S. taxpayer. Consider: Musk says he believes the entire automobile industry will be electric someday. But it’s primarily your money he’s putting behind that thesis, not his own. In fact, Tesla only exists thanks to nearly a half-billion dollar low cost loan through the Advanced Technology Vehicles Manufacturing Loan Program.

The ATVM, while implemented by President Obama, was made possible thanks to the Energy Independence and Security Act of 2007 – passed with the votes of 95 House Republicans and was signed into law by President George W. Bush. He hailed it as a “major step toward reducing our dependence on oil, confronting global climate change, expanding production of renewable fuels and giving future generations a nation that is stronger, cleaner and more secure.” Musk, who owns 26 percent of Tesla, hailed it as a ton of cash.

There’s also the $344 Million in cheap government loans for SolarCity. SolarCity’s inventive new technology aim: put 160,000 solar panels on homes at military bases. For the company, the Obama administration’s loan was “a windfall.”  Notes CNN: “The company has installed 16,000 rooftop units since its founding in 2006, so this program will boost its business by a factor of ten.” Well, doing business in the private sector can be a lot more demanding.

Musk, of course, is the chairman of the board and a major original investor. Last month, SolarCity announced it’s planning an IPO which will likely make him even richer—he owns 25 percent of it.

Solar panels and electric cars are typical items of derision from the right, though. But that’s not true of this last one: the more than half a billion in taxpayer dollars you’ve sent to Musk’s major project, SpaceX. Yes, you probably read all the coverage describing SpaceX as the first private this and private that. But the truth is that you funded this project, you bought and paid for it, and you—or rather, the government—is the only real customer. As if a few dead celebrities’ ashes could justify building a full-blown rocket.

Here, once again, Musk is the taxpayer-funded winner—he plans an IPO for SpaceX, of which he owns a majority stake, for next year. Soon he can afford to build a giant tower with his name on it in the middle of Manhattan.

Now, you may like borrowing against your children’s future to fund rockets more than you like it for solar panels and electric cars, or vice versa. But these are arguments about what purpose these things serve, which fall back to the same case one way or the other… and in the end, winners get picked, losers don’t, and agency heads and the next crop at Congress decides how to divvy up the pie based on who they want to work for after they retire. Rinse, repeat.

At some point aren’t we going to ask the real question, the deeper one, the one that puts us in this mess in the first place, and the only question with any possibility of ending the cycle of winners and losers under Democrats and Republicans: Aren’t there some things the government just shouldn’t do?