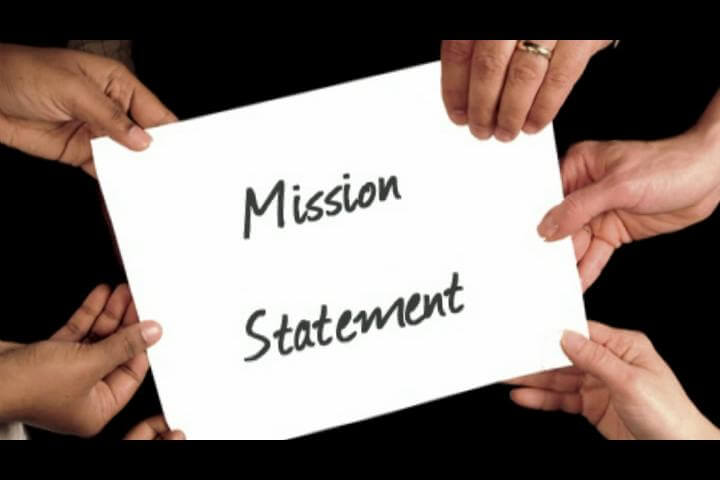 I’m not arguing against a clear definition of where a company is going and what sets it apart. My beef is with the way the particular corporation’s guiding principle is expressed; it is generally verbose, convoluted and incapable of resonating with employees or inspiring them. I’m not the first person to say this. Yet, companies large and small from start-ups to blue chippers continue to err in crafting compelling, single-minded mantras.

Exxon Mobil Corporation’s mission is an example of a poor statement. “We are committed to being the world’s premier petroleum and petrochemical company. To that end, we must continuously achieve superior financial and operating results while adhering to the highest standards of business conduct. These unwavering expectations provide the foundation for our commitments to those with whom we interact.” How many of their 86,000 employees will remember something like that? Exxon Mobil might as well have said, “We want to make tons of money, honestly.” The statement may be true, but it sure as hell isn’t motivating.

Then there’s the Barnes & Noble statement from a few years ago. They seem to know what they are selling but are unsure how to express their differentiation. “Our mission is to operate the best specialty retail business in America, regardless of the product we sell. Because the product we sell is books, our aspirations must be consistent with the promise and the ideals of the volumes which line our shelves. To say that our mission exists independent of the product we sell is to demean the importance and the distinction of being booksellers . . .” From there, another 100 words of blah, blah, blah.

Now for three good ones: Brothers First, Business Second is the caption under a faded framed wall photo of two youngsters who look to be six or seven years old. The picture hangs in one of my favorite Italian eateries run by the now-adult brothers. Instantly, I feel good about the proprietors and their food. 2000 by 2000 was Starbucks’ mission twenty years ago. CEO Howard Schultz wanted 2000 stores up and running by the new millennium. Starbucks achieved the target two years early. Every employee knew the purpose and they worked hard as a team to reach the goal. I also like, Saving People Money So They Can Live Better. Who better than Wal-Mart to make this claim, although a Google image search for “People of Wal-Mart” makes me wonder if these particular customers are living better.

A tip on writing good missions is to limit the statement to no more than ten words. Do that and you will have made the tough decision about what the company really stands for. Strategic sacrifice brings clarity and focus. Simple, single-minded missions bring results.