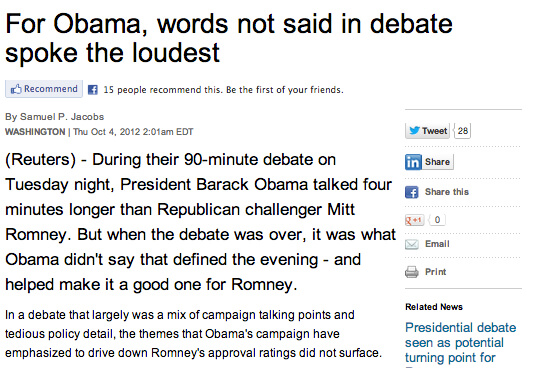 Here’s a screenshot from Reuters, a few hours after the — to my memory, anyway — most one-sided presidential debate in recent political history: Sure, they admit it was a “good” night for Romney.  But it’s irresistible to the left wing lickspittle Obama media — they have to make his arguments for him.  Even after the […]

There are 61 comments.
But you can't read them because you're not signed in!