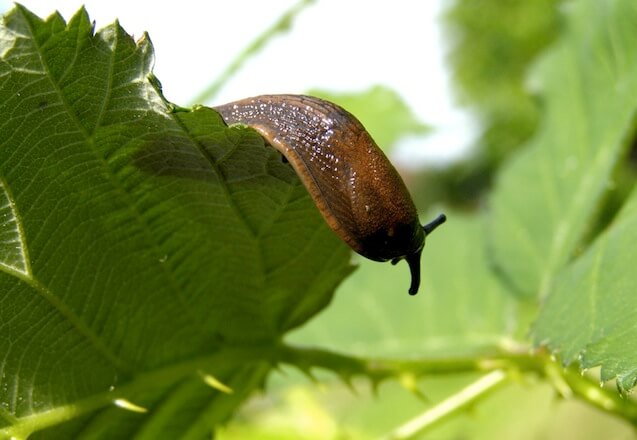 I was in the kitchen cooking dinner when my iPhone rang. It was my son from college. I answered, and his face filled the screen, framed by gaming posters and a chart of the Periodic Table in the background. “Hi Mom,” he said.

“What’s up?” I asked a bit distractedly as I sliced a yellow tomato for the salad.

“I saw the first slug of the season today.” I glanced over at the phone. His green eyes sparkled. I smiled. “What kind?” I asked as I put down the knife and turned the stove off to keep the chicken from burning.

“Those are the Kerry ones, right?” I asked.

He rolled his eyes and shook his head. “Mom, don’t you remember? I’ve told you before. Kerry slugs aren’t plain; they have markings on their backs.”

“Oh, that’s right.” I grinned. I had remembered. I just wanted to hear him launch into a detailed discussion about various types of slugs, which he did.

My son has always been different. Interested in subjects other people aren’t. Concentrated. Withdrawn. When he was two, he didn’t run around wild like other kids. He’d sit in the grass, pull up a single blade, and study it for the longest time before picking up another. If a worm crossed his path, he’d lie down and watch it burrow into the soil. I remember him doing that one time on a cloudy day as raindrops fell around him. He didn’t even notice. When it came time to go inside, he’d sit alone in his room for hours, building the most intricate Lego creations without directions.

He didn’t make eye contact easily, except in rare moments when he felt comfortable. He didn’t talk much, but when a subject came up that he was interested in, he could go on and on about it, telling you details only an expert would know. At school, he didn’t play much with the other kids. When he did, they made fun of him. After a while, he just stopped trying and instead hung out in a corner of the schoolyard, following trails of ants.

I had always assumed he was just introverted, but in high school when relationships became more difficult, we took him to a psychologist and discovered he had high-functioning autism: Asperger’s. I didn’t even consider that the problem might be autism. I thought it might be depression, anxiety, or something worse.

When we first saw the doctor, I explained that there were times when I tried to have an important conversation with him, but he wouldn’t look me in the eye. If he did, it was as if he were somewhere else, unfocused and lost in his own world. I would get angry and frustrated as I tried to draw him out. Why couldn’t I get my son to listen to me—really listen? I told him to pay attention, to look me in the eyes when I was talking to him, but he wouldn’t. “I am paying attention,” he would say, his brow furrowed. He seemed genuinely confused.

It was then that I stopped being angry and became worried. He wasn’t being disobedient or disrespectful. Could it be that he was dissociative, that there was something else going on at a deeper psychological level?

There were other things I noticed too. When he was with other people, he didn’t pick up on social cues, and he would find things funny that others didn’t. He always seemed to be a step behind in social situations, out of synch with what was going on around him.

When he was 16 and started driving, he never knew whether he was speeding, and he would turn up the radio so loud that he couldn’t possibly hear anything else. Whenever I talked to him about it, he didn’t even realize what he was doing. He thought his driving was normal and that the music wasn’t so loud. It wasn’t until he wrecked his car (with no injuries, thankfully) that he realized there might be a problem, but even then he didn’t seem worried or upset.

I was afraid he was schizophrenic or had some kind of schizoaffective disorder. I was so stressed about what could be wrong, it began to affect my own health. I couldn’t eat or sleep. I was terrified. What was wrong with my son?

When the diagnosis of Asperger’s was finally made, I was both relieved and saddened. My son wasn’t schizophrenic, but he wasn’t normal either. And he never would be. What did that mean for his life? How would he do in college? Would he have a successful career? Would he ever fall in love, marry, have children? Could he find a woman who understands him, who loves him as he is? Would he be happy? Would he always be alone?

After the diagnosis, I struggled when I heard people talk about their perfect children. Their brilliance. Their success in sports. Their popularity. Their boyfriends and girlfriends. I didn’t begrudge them that. I was very happy for them and would never want them to experience anything other than the joy of their successful children. I didn’t even envy it. But it did remind me of something I would never have with my son. It touched on a sadness deep within as I had to adjust my hopes and my expectations to something different. Those adjustments didn’t come easily. Letting go of expectations and embracing new realities is a difficult journey—especially when it comes to our children.

That’s why I love slugs.

In the spring and early summer, the slugs would come out in the backyard. My son would go outside with a flashlight and watch them as they left their silver trails on the porch. There would be different kinds: the tiny brown ones, the garden slugs, and the bigger Kerry ones with their faint black markings along their backs. The really exciting ones, though, were the leopard slugs. They were long and fat and had black lines and spots on their backs just like a leopard.

My son would stay out there for an hour, watching the slugs as fireflies flashed overhead. On those humid evenings with stars brightening the sky, I’d sit with him and listen as he told me about slugs. What their family and genus were. How they have optical tentacles and sensory tentacles, and how their slime protects them from predators. We’d feed them lettuce and strawberries or even banana peels and watch them swarm over them, leaving pools of ooze.

One time there were probably 20 slugs on the back porch, and there we were in the middle of them. My daughter glanced through the open window and shook her head as she wrinkled her nose. “Gross,” she said. My son and I just laughed and kept feeding the slugs.

During mid-summer of my son’s senior year, the leopard slugs came out like they always did. I opened the door to find my son lying next to one as it ate a piece of lettuce. He motioned for me to lie down beside him. “Stay really still and listen,” he said.

I stretched out on the hard concrete and laid my cheek next to the slug, just as my son was doing. The evening was still, with a faint smell of rain on the breeze as storm clouds rolled in. I couldn’t hear anything, though, and moved closer until the slug was no more than an inch from my ear. “Do you hear it?” my son whispered, his eyes fixed on mine, attentive and full of wonder.

I did hear it. The faintest crunching sound. “I can hear the slug eating!” I said.

We laid there for half an hour, looking at each other, talking, and listening to the slug. The breeze picked up and swirled around us, filling the air with the sweetness of gardenias, the freshness of newly cut grass, and the promise of rain.

I carry that moment with me always, like a talisman. It’s our moment. My son’s and mine. It’s when every unmet expectation and every fear fell away, and a world of understanding opened wide. In the blue shades of evening, with the sound of slugs crunching on lettuce, I stopped forcing my son to see the world through my eyes and I began to see it through his. And what an amazing world it is—one of insight, sensitivity, and wonder.

Now, whenever my son calls home to tell me he’s seen a slug, I know it’s not really about slugs; it’s his way of reaching out, of connecting in a way he knows I understand. It’s his way of saying, “Mom, I love you.”