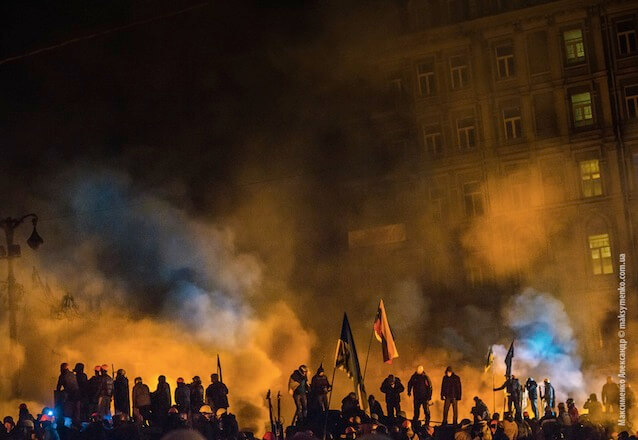 First, credit to the author for stepping up and proposing a solution in the name of an ideology whose proponents tend to avoid issues regarding the international order.

Second, credit the author for employing the building blocks of capitalism as a solution to dysfunction in the international order.

But, the “solution” isn’t a solution. Parts of it might sound admirable on paper, but the underlying logic doesn’t hold up to scrutiny in the real world. The purported solution is stated as follows:

Free trade and free movement of people, capital, and ideas means closer ties between nations. If the United States had unrestricted free trade with Ukraine, not only would Ukraine be richer and therefore in a more powerful position, with the means to defend itself, it would be oriented westward instead of eastward.

It is not exactly clear to what degree goods and services would flow from Ukraine to U.S. but the principle is sound: free trade >>> greater wealth >>> means for improving self-defense. But that doesn’t solve the problem of a belligerent neighbor who is unlikely to wait for the process to play out. In the case of Ukraine, it would take years to scale up to the task. But suppose Ukraine did experience several years of free trade from which greater wealth accumulated. What portion of the fruits of prosperity would be devoted to national defense in a libertarian society? Be honest. Furthermore, the means to defend does not imply a will to defend. The author himself actually suggests this, seemingly as a feature (not a bug):

Free immigration means people would be free to come and go, back and forth, visiting, traveling, teaching, sharing ideas, techniques, technology. And it would mean that, if Ukraine is invaded, they know they can flee to safety and freedom in the United States.

All of this means closer ties with the west and less dependence on Russia. So when Russia shakes its stick in Ukraine’s direction, they can collectively tell Russia to go to hell, and trade and exchange freely with nations and people who respect them and their freedom.

In other words, the answer to invasion is not to defend the country from invasion but to run away. Ukrainians would abandon their homeland, communities, friends, and families and scatter to the United States and other wealthy countries to rebuild their lives, not unlike the way Egyptian Coptic Christians flee to the U.S. or Syrian refugees flee to Jordan. Yes, Ukrainians would certainly raise their fists, shouting “Go to hell!” over their shoulders at the aggressors (another point of commonality with the Copts and the Syrians).

Clearly, libertarianism has not yet provided a solution to the crisis in Crimea, or the general problem of how to deal with “bullies” who choose not to comply with our preferred world order. Just as Obama and the EU designed diplomacy around the post-Cold War progressive view of world order, this libertarian proposal relies on a world order in which libertarian principles and solutions are effective, and accepted by tyrants as well.

This “libertarian solution” wanders beyond the standard non-interventionist argument into a zone of wishful thinking. How is this scheme any less utopian than progressive dreams of world peace? How do its backers rely any less than progressives do on the benevolence of mankind?

We must recognize that libertarian ideals cannot be realized or defended unless we are constantly prepared to deliver judicious use of military force or the legitimate threat of force. There can be no valid libertarian solution that does not recognize this point.