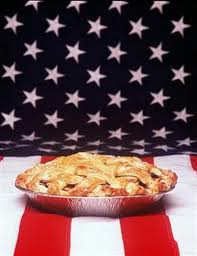 Over a cup of coffee at the Hoover Institution this afternoon, Ricochet’s own, the inimitable Richard Epstein, provided a neat if distressing insight into the nature that politics are likely to display during Barack Obama’s second term.

Why is everybody happy in a good business deal?  Because everybody expects to profit.  That’s the whole point of business.  It produces growth–a bigger and bigger pie.  Why then is everybody unhappy in a good settlement?  Because each party recognizes the resources they’re dividing among themselves are limited–that is, there is only so much pie–and wishes he could have figured out how to get more. “Which is the problem with our politics,” Richard continued. “When economic growth was still running at the postwar norm of between three and four percent, there was enough pie to go around.  Democrats and Republicans can compromise in the expectation that both sides will benefit.  But at two percent growth?  There’s a lot less pie–and fighting over who gets what will get very ugly very fast.”

Thank God that life consists of more than politics.