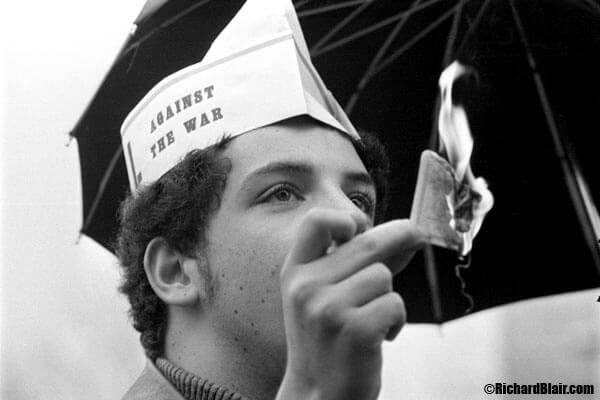 It was 22 or 23 years ago, I think, that I wrote in the Air Force Times a cautionary article on the combat exclusion that prohibited women from joining front line combat units. My concern then, as now, was that lifting the combat exclusion would removed the only remaining barrier to our daughters, wives, moms, and sisters being eligible for a military draft.

Asked about the issue yesterday, outgoing Secretary of Defense Leon Panetta conceded that his lifting of the combat exclusion could indeed make women eligible for the draft. With characteristic grit and determination, he added that he doesn’t know who runs the Selective Service, but predicted that they will, “…have to exercise some judgment based on what we just did.”

In 1982, the Supreme Court ruled in Rostker v. Goldberg, that the requirement for males to sign up for Selective Service was constitutional precisely because women were excluded from serving in front line combat units. “The court ruled that the Selective Service process is designed to assemble combat-ready people, and right now women are excluded from combat arms,” said Professor Anne Coughlin, of the University of Virginia School of Law in Charlottesville.  “Therefore,” she said, “they can’t participate in the very thing that the draft is for.” But that was then. Now, retired Colonel Peter Mansoor, a former US Army brigade commander and veteran of two tours of duty in Iraq, currently a professor of military history at Ohio State, says, “If women are acceptable to serve in combat, they are acceptable to serve whether they volunteer or not. You can’t have the frosting on the cake and not the cake underneath.”

Say, does anyone remember the part of President Obama’s little presentation of The Life of Julia, where she gets her draft notice?  What about the part where draftee Julia is involuntarily deployed to some hellhole in the Mideast where the beneficent and diligent attention of Secretary of State John Kerry has germinated a fresh crop of Islamic fanatics? I can’t remember seeing the slide of her poorly defended position being overrun by said fanatics while her commander pleads for assistance that, pace Benghazi, never arrives. But, as Hillary Clinton said, “What difference, at this point, does it make?” It’s merely a bump in the road of progress.

It speaks volumes that the party of young men who once gleefully burned their draft cards has degenerated into the party of old men who declare their daughters and granddaughters eligible for the draft. But to do so in Orwellian tones of, “…moving forward with a plan to eliminate all gender-based barriers to service,” adds injury to insult. Progressives, who once accused Republicans of waging a war on women for declining to force others to pay for Julia’s sexual proclivities, now wage a literal war on women complete with the possibility of involuntary combat assignments.

Were the American people consulted on this? Did their representatives in Congress have a chance to weigh in on an issue that affects over half the population? To echo Ms. Clinton, “What difference does it make?” What difference indeed, to the man who, at his inauguration only a few days earlier, described us as, “…a republic, a government of, and by, and for the people, entrusting each generation to keep safe our founding creed.” But apparently, this generation can’t be trusted to choose its own light bulbs or toilets, let alone deal with weighty issues like making our daughters eligible for involuntary military service.

Personally, one of the reasons I spent 20 years in uniform and volunteered to go to very unpleasant places was so that my daughter, my sisters, my mother and grandmothers might never have to taste the bitter cup of life under such inhumane and inhuman conditions. It seems now that my service in that regard might have been squandered. Which brings me to the question of what has become of our military leaders?

The peculiarities of my work on active duty required that my immediate supervisor had to be a colonel or higher. As a result, I worked directly for literally dozens of colonels, brigadier generals and major generals during my career. Of these senior leaders, there were maybe a half dozen that I felt routinely put the interests of their troops over that of their own careers. Of these half dozen, there were two that I would gladly follow to storm the gates of hell itself. They never made it beyond the rank of brigadier general. The worst of the bunch progressed to three and four-star rank. The problem, as I saw in the Air Force at least, was that promotions in the senior ranks were highly political affairs. Combat prowess and a devotion to duty as well as to the troops, took second place to checking off various requirements for progression through the ranks.

“Everything you write is correct, Sergeant Carter,” a colonel on the verge of retiring said to me one day when I presented a letter for his signature. The letter detailed the disastrous effects of a new policy and advocated a change in direction. “But I can’t sign it,” he said, “because it would put me in a ticklish situation.” The guy was two weeks from retirement and, even at that late stage, couldn’t be persuaded to take a stand. Such fecklessness, such foolishness from people who have been decorated for valor under fire, is as beyond comprehension now as it was then.

Where are the flag officers who refuse to take part in the further destruction of our force? Where were the commanders that refused to  be complicit in our surrender and defeat in Afghanistan? What in the world has gotten into the heads of the Joint Chiefs of Staff that they give their imprimatur of approval to a policy that can’t help but detract from combat effectiveness and puts in jeopardy the very people our troops fight to defend? Is there not a single one prepared to resign in protest over the shabby treatment of the people under his command? Just once, I’d like to see a senior military leader actually lead something other than own career interests. Just once, I’d like to see them subordinate their interest to that of the troops who have trusted them with their very lives. The nation deserves better than this.