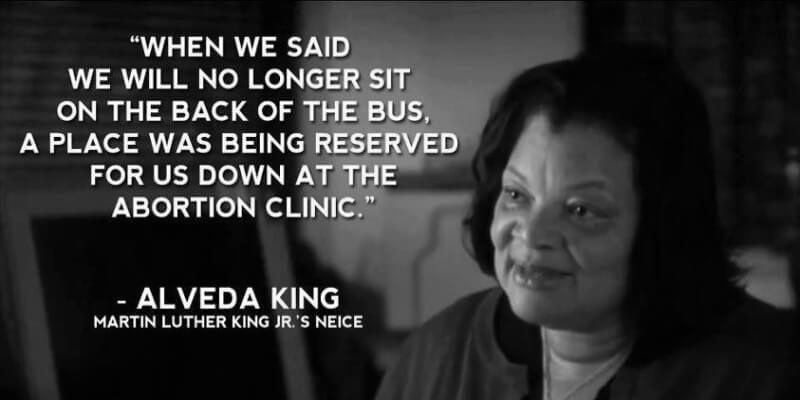 “This is a targeted, elitist and racist prosecution of a doctor who’s done nothing but give (back) to the poor and the people of West Philadelphia,” announced defense attorney Jack McMahon in his opening salvo before reaching his anti-climactic climax, “It’s a prosecutorial lynching of Dr. Kermit Gosnell.”  The prescription of racism having thus been written, most of the media took their meds and went dutifully to sleep.  The only thing missing were a few New Black Panthers to stand guard at the courthouse and Eric Holder could have short-circuited the legal process altogether.  But something’s gone amiss here as the dark side of utopia slowly comes into the light.

We weren’t supposed to see the milk jugs, juice cartons, and pet food containers that held the remains of 45 human beings, nor the jars of severed babies’ limbs.  In our supposedly enlightened age, when even the language is sanitized so as to avoid offending the advanced sensitivities of people who expect us to pay for their contraceptives, we weren’t supposed to gaze into a decidedly unsanitary and blood-stained doctor’s office, where broken and unwashed medical instruments were used amidst the stench of urine and scattered cat feces.  In an age when received wisdom instructs us that government knows best and is therefore entitled to regulate everything from mud puddles in our back yards to the air we breathe, it really wasn’t intended that we learn of the studied regulatory neglect that resulted in semi-literate high school dropouts posing as medical professionals, administering anesthesia to young women and performing “snippings,”  (the act of jamming scissors into the base of a child’s skull and killing him/her by “snipping” the spinal cord).  No, realities of this order were suppose to be subsumed into the hazy euphemism of “choice,” and “reproductive rights,” thereby denying us entrance to Dr. Gosnell’s office, where according to one former employee:

If… a baby was about to come out, I would take the woman to the bathroom, they would sit on the toilet and basically the baby would fall out and it would be in the toilet and I would be rubbing her back and trying to calm her down for two, three, four hours until Dr. Gosnell comes.

In an age in which the mere mention of the word “Chicago,” sends the tender racial sensitivities of Chris Matthews into apoplectic fits, an abortion clinic in which white women were kept in the cleanest rooms and seen promptly by the doctor, while black and Asian patients waited for hours in filthy rooms evidently sends no alerts, nor anything else, down the “journalist’s” famous leg.  Then again, perhaps he can be excused on the basis that he’s been busy peering over the heads of Allen West, Herman Cain, Condoleeza Rice, Mia Love, Nikki Haley, Marco Rubio, Bobby Jindal, J.C. Watts, Tim Scott, Clarence Thomas, Walter Williams, Michael Steele, Thomas Sowell, et. al., in his never-ending quest to locate Republican Racism.

“Margaret Sanger,” according to pbs.org, “devoted her life to legalizing birth control and making it universally available for women.”  The benign biography covers the approved highlights of Sanger’s life, such as the fact that, “In 1914 she coined the term ‘birth control’ and soon began to provide women with information and contraceptives,” and concludes happily ever after by observing that, “…after more than half a century of fighting for the right of women to control their own fertility, she died knowing she had won the battle.”  A battle against who?  Well, PBS would rather not say, because to do so would again expose progressivism’s dark side, which includes a quote from Ms. Sanger herself when she wrote Dr. Clarence Gamble in 1939 that, “We do not want the word to go out that we want to exterminate the Negro population, and the minister is the man who can straighten the idea out if it ever occurs to any of their more rebellious members.”  One supposes that Chris Matthews would pass out cold if he heard that sentence, but one wonders if it would be from the savage inhumanity of the idea or because it undermines the progressive agenda?

“More children from the fit, less from the unfit — that is the chief aim of birth control,” wrote the woman whose work led to the birth of Planned Parenthood, though I rather doubt the quote will make its way onto the organization’s website.  Instead, you’ll learn that:

For nearly 100 years, Planned Parenthood has promoted a commonsense approach to women’s health and well-being, based on respect for each individual’s right to make informed, independent decisions about health, sex, and family planning.

In fact, the closest we get to Sanger’s admonishment that, “The most merciful thing that a large family does to one of its infant members is to kill it,” is the comparatively straightforward analysis of writer Heather McNamara. “Dr. Gosnell ended the lives of some fetuses, which, left alone, would have become cute little bouncing pink babies in adorable outfits,” she writes.  (Question:  Do they become human only after the purchase of “adorable outfits,” or after they begin bouncing?)  With brutal candor, Ms. McNamara continues:

Now is the time when we, as feminists, can show we’re not afraid to confront the difficult and unpleasant realities of abortion — the disturbing bloody images, the fact that sometimes women don’t actually have a Very Good Reason to be seeking one, and even the unfortunate physical and emotional consequences that sometimes follow.  Once we acknowledge that these things are there and real and unpleasant, we can continue to assert our right to do it anyway, and in doing this, remove their power over us.

Why, Joseph Goebbels himself couldn’t have said it any better!  Ms. McNamara at least does us the honor of her honesty, showing vastly more fortitude than Barack Obama, who voted against laws banning infanticide while in the Illinois Senate while explaining:

That if that fetus, or child, however you want to describe it, is now outside of the mother’s womb and the doctor continues to think it’s non-viable but there’s lets say a movement or some indication that they’re not just coming out limp and dead that in fact they would have then have to call in a second physician to monitor and then check off and make sure that this is not a live child that could be saved?

How’s that for courage?  How’s that for decisiveness? How’s that for meandering pablum designed to obfuscate and mask the issue of infanticide with a layer of rhetorical fog thick enough to blot out the sun and everything under it, including the gore and butchery of Kermit Gosnell’s clinic?

Of the Gosnell story, Ricochet member Matthew Gilley writes, “So are the social conservatives still supposed to sit down and shut up?”   To which one answers, no sir, it is the duty of anyone with even a semi-developed conscience to not only speak up, but to tear down the curtain of double-speak and amorphous dissimulation behind which the ghastly costs of leftism speaks for itself.   As soon as the President is through carrying survivors of the Sandy Hook massacre on Air Force One, in his effort to disarm the American citizenry, perhaps he can haul the survivors (few though they may be) of Dr. Gosnell’s tender care (including relatives of the women who died following botched abortions) to Capitol Hill and deploy them on a mission to make infanticide as unacceptable to the ruling class as a Big Gulp is to Michael Bloomberg.  For that matter, why not take the families of the victims of Fast and Furious on a similar flight, or the survivors of the Benghazi attack?

And as long as they were in the neighborhood, couldn’t the President at least ask Jay Z and Beyonce to take the surviving family members of the 166 Cubans who, according to the InterAmerican Human Rights Commission, “…were executed and submitted to medical procedures of blood extraction of an average of seven pints per person,” by Fidel Castro’s government and fly them the hell off the island?  Well, of course not!  The reason, of course, is that initiatives of that order would not advance the agenda of the left, an agenda that seeks always to minimize the individual, depriving him of life and liberty in pursuit of a future that is fictional, while employing tactics whose horrific and deadly price must be shielded at all costs.  We, on the side of liberty and humanity, must remain relentless.