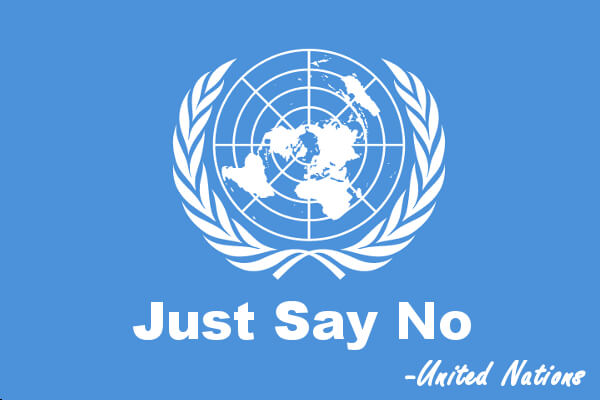 WASHINGTON — A deputy attorney general told the Senate Judiciary Committee on Tuesday that the Justice Department had begun working with Treasury officials and financial regulators to clarify how it legally deals with banks and other businesses that serve marijuana dispensaries and growers in states that have legalized the drug for medical or recreational use.  The deputy attorney general, James M. Cole, said the Obama administration was dedicated to enforcing federal drug laws and was choosing the best among a number of imperfect solutions by relying on states to regulate marijuana “from seed to sale.”

Well, it’s progress of a sort, but…

Senator Charles E. Grassley of Iowa, the panel’s ranking Republican, said the Justice Department move was a step toward broad legalization of marijuana that would result in disastrous consequences for public safety and might violate international treaties….

Marijuana’s status as an illegal drug “isn’t based on a whim,” Mr. Grassley said. “It’s based on what science tells us about this dangerous and addictive drug.”

Perhaps you would like to explain what science does tell us about this “dangerous and addictive” drug. In detail.

I’m not going to claim that marijuana is 100% risk-free. It isn’t (for example, the question of pot’s association with a heightened risk of psychosis is well worth exploring), but the dishonesty or the ignorance (take your pick, take both) of Grassley’s remarks would be remarkable if they had come from anyone other than a creature of Washington, D.C.

The damage to America’s constitutional health (not to speak of the enormous financial and societal cost) arising from marijuana prohibition is far worse than any threat that the drug could conceivably represent to its people’s constitutions. If Grassley has any serious evidence that suggests otherwise he should share it.

Oh, and one other thing, Senator, what was this again?

Ah, that would be 1961 Single Convention on Narcotic Drugs, an international treaty signed under the auspices of the United Nations, which also polices it.

Regardless of where an American stands on the issue of drug legalization within the US, I would hope that he or she would think that this is a matter that should be decided by Americans.