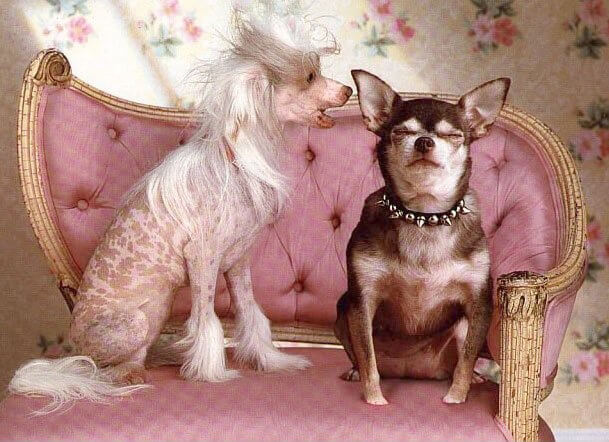 The last several weeks have been unusually stressful for reasons I’ll elaborate on at a future point, but, for the purpose of this story, suffice to say that I was not feeling especially sociable a few nights ago. Needing a good meal, I walked through the main part of the restaurant and kept on going through the doorway marked “Professional Drivers Only,” sitting at a booth in the far corner. I was enjoying a quiet meal and catching up on some reading when the gentle tranquility was shattered with a furious human blast from across the room.

“You used to be able to answer that question!  What’s the matter with you!?” bellowed a very disagreeable woman at her apparently hapless and defenseless husband, who looked like he would rather have been in the very depths of hell than seated across from the shrill person who was, presumably, at one point the love of his life. He looked old. Old and tired. She looked like the very definition of every man’s nightmare as she sat there in a large angry pile, firing acrimony on top of criticism on top of accusation on top of demand in such rapid-fire succession that before the poor fellow could get one syllable of a response out, she had levied another 37 prosecutorial demands on him.

I felt bad for him, seated as he was in a half-stupor while this insufferable shrew berated him, in public, for all the world to see. At what point, I wondered, did he sense that his own emasculation had gone beyond the point of all rescue? I wondered, while walking back through the truck stop, was there a moment when he could have reversed course, or was he simply destined to live supinely at the direction of others?

Then, just as I reached the door leading out to the parking lot, I heard another shrill explosion.  This time it was a male voice. The anger was palpable and the rage was as close to total incoherence as I had ever heard — yet it wasn’t anyone actually in the truck stop. No, this tantrum came from a television set, and the voice belonged to none other than Ed Schultz, MSNBC’s resident maniac. I had heard him only in brief segments previously, but never really stopped to watch, so I turned and walked toward the television set in the driver’s lounge area.

He had all the charm of a skin rash and the bug-eyed rage of a great many of the drivers that typify my experiences in the Northeast. If only I could introduce him to that squawking battle-ax in the restaurant, I thought, we could all move to a happier world. Listening to the substance (if one can call it that) of his rage, I gathered that unless one is willing to violate the 10th Commandment’s prohibition against coveting another person’s belongings and the 8th Commandment’s prohibition against stealing (otherwise known as spreading the wealth around), one cannot be considered a Christian by enlightened moralists such as Mr. Schultz.  Truly, his egalitarian impulse passeth all understanding.

Stepping out into the comparatively blissful sound of idling diesel engines, I wondered exactly who is listening to Ed Schultz? The obvious answer is, “not many people,” judging from MSNBC’s ratings, but somebody has got to be absorbing his thunderous nescience, right?  Who?  Hearkening back to the tone of his remarks, I was reminded less of someone trying to persuade his audience than of someone trying to bully them. Could it be?  No … of course not. And yet, reading the comments of some Republicans, you’d think they were taking his psychotic critique to heart.

When they aren’t scaring their weak-kneed opponents, the practitioners of omnipotent government can actually be funny as hell. So much has hit the fan down in Venezuela, for example, that the government has nationalized toilet paper, of all things. “The People’s Defense from the Economy will not allow hoarding or failures in the production and distribution of essential commodities,” announced Vice President Arreaza. Of course, the people do indeed need to be defended “from the Economy” that micromanages everything down to the microfibers that reach closest to home, as it were.

Here in America, “The People” need defending from a gargantuan, liberty-swallowing law that has thus far resulted in health care providers such as the Cleveland Clinic and Vanderbilt University Medical Center laying off employees and scaling back operations. Health insurers such as UnitedHealth, Aetna Inc., and Cigna Corp are looking for the exits in an effort to escape participation in Obamacare, while employers across the country are moving employees off of their insurance plans in some cases, and reducing employee hours in others. From public employee unions who once backed this monstrosity, to large businesses, to those who will implement and enforce the law, no one wants to be subject to it, and favored groups have sought and received waivers and exemptions. As the Washington Post reports:

Just 42 percent of those polled support the law while 52 percent disapprove. Dig into those numbers and a clear passion gap presents itself; 26 percent strongly support the law while 39 percent strongly oppose it. But, wait, there’s more. Thirty-six percent believe the law has made the health care system worse while 19 percent think it’s better. (Among independents, just 16 percent think is has made things better while 35 percent say it has made things worse.) Just nine percent of people said that the law had made their family’s health care costs better while 33 percent said it made them worse. (Among independents, that was 10 percent better/34 worse.)

All that, and the law hasn’t even gone into full effect yet! But in a few short days, the full force of this heavy-handed intrusion into the most intimate area of our lives will come to bear on the American people, the majority of whom want no part of it. To those who ask why a few on the right intend to fight this thing vigorously and now, the answer is: for the same reason we would push an elderly lady out of the path of an oncoming truck rather than letting her get walloped as an object lesson to other elderly ladies. This law is already disastrous and the horrors are only beginning. The idea that officials who were sent to Washington DC precisely to uproot this disaster would actually keep their word and try to uproot it ought not be heretical, but that appears to be the view of some.

David Brooks recently commented that the Republican leadership will eventually have to rein in people like Senator Ted Cruz and show him who is boss (and it isn’t the American citizen).  Meanwhile, Fox News’ Chris Wallace revealed that, “As soon as we listed Ted Cruz as our featured guest this week, I got unsolicited research and questions, not from Democrats but from top Republicans, to hammer Cruz.” If the tenaciously timid among us, those whose ostensibly superior strategy consistently calls for taking a stand at some future point that never arrives, could devote half as much energy to fighting the left as they do to undercutting conservatives, the cause of liberty might actually be advanced once in awhile.

For his part, the President swaggers and mocks those who defend constitutional principle.  Ridiculing conservatives for “trying to mess with me,” he casually ignores the fact that it is he who is trying to mess with the individual by dictating what he must purchase and, eventually, what medical procedures and services he is entitled to. The President claims he is being extorted by Congress, when it is he who extorts us when he decrees that if the people’s representatives won’t agree to his legislative agenda, he will bypass them altogether. These are the traits of the bully, of the blowhard, and of the perpetual nag, and the only way to beat them is to stand up and fight them.

As Andrew McCarthy noted a few days ago:

Spending requires a positive act by Congress – not a thin dime may be spent unless Congress approves. That is, there can be no spending on Obamacare unless Congress votes to approve it. Thus, the one-half-of-one-third crowd is in the driver’s seat. All they need to do is say, “No.”  It is President Obama who needs action here – congressional Republicans need only to decline to act.

So yes, perhaps it’s time that we rally around those with the spine to run point for the rest of us, rather than taking shots at them from behind. If the Senate sends the bill back to the House with Obamacare restored, then perhaps the House should start sending smaller bills that individually fund every aspect of government except Obamacare. Let Harry Reid and Barack Obama shut down the government because they refuse to agree to one bill that funds the military, and another that funds the Department of Education, etc. And if the President shuts the government down, life will go on as it does every weekend and holiday, essential services will continue, and the people might get a chance to live their lives without 16,000 new IRS agents enforcing an unworkable and horribly destructive law. The left appears immovable precisely because the right continues to move backwards. It’s time to reverse that trend.