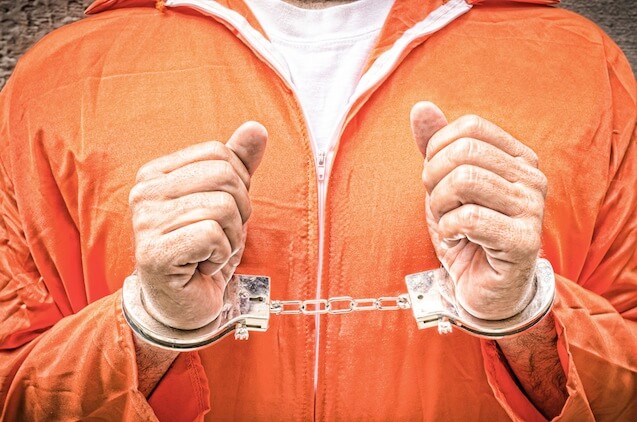 The focus of the piece is on the allegation that Khalid Sheikh Mohammed did not yield vital information that led to the Navy SEAL strike on bin Laden as a result of water-boarding, which is a contention that will be batted about for the foreseeable future. My focus, however, is on the language, which accepts as axiomatic the idea that water-boarding, i.e., the simulated drowning of someone under the supervision of a physician, equals torture.

“It is torture,” President Obama declared in 2011. “It’s contrary to American traditions,” said a Commander-in-Chief who has revived such American traditions as watching helplessly while Russia eats another country for breakfast.  “That’s not who we are,” said the President. He’s right, of course. We are now a country that belittles, lectures, and antagonizes our allies, shrinks in the face of adversaries (thereby reducing the world’s remaining superpower to the status of just another international ZIP code), and unilaterally disarms in the stupefying belief that weakness begets security.

But I’m getting ahead of myself again. Look at the first sentence of the AP piece, where we read, “For those who want to defend the CIA’s torture program, the link between the interrogation programs and the capture of bin Laden has been both a frequent argument and a crown jewel.” That it was also the assertion of a sitting Secretary of Defense (Leon Panetta) seems to elude the careful attention of the article’s author. Panetta’s absence may not be an oversight, however, because this is where we step into the trap wherein anyone who maintains that pouring water up KSM’s nose helped produce actionable intelligence information is automatically defined as defending torture.

For the record, I personally am in favor of almost anything that will extract the information required to save American lives, most notably the lives of my children and yours. “Okay then, Jack Bauer,” you ask, “are you advocating torture?” To which I answer, “Well, not quite.”

Recall, for example, the hysteria that gripped all of Liberaldom (and the more timid quarters of the Republican Party as well) in 1980 regarding the supposedly trigger-happy Ronald Reagan. Here was this fairly unhinged, war-mongering conservative, we were told, who was liable to do just about anything in office, including usher in Armageddon. Interestingly though, it wasn’t just the serial bed-wetters on the American left who were nervous. The maniacs in Iran were watching too — and when Ronald Reagan took the oath of office, their calculus changed. The American hostages were released.

Similarly, after George W. Bush removed Saddam Hussein over the question of weapons of mass destruction, Libya’s Colonel Gadaffi got that old time religion and agreed to destroy his own stockpile. While one should not engage in wanton and gratuitous cruelty, it is generally a good thing if one’s adversary’s can’t be sure what one might, or might not, do to defend hearth and country. Take that fear, add a few drops of water up a terrorist’s nose, and you might save innocent lives without ever firing a shot.

We know that the Democratic Party is unwilling, as a matter of deep principle, to do anything more stringent than withhold room service and dismantle air defenses as a means to gain life-saving information.  But what about the Republican contenders? Are they content with the formulation as dictated by the Associated Press?

Rand Paul has misgivings over what could plausibly be regarded as over-ambitious, and ultimately futile, experiments in nation-building. He’s also concerned, justifiably in my opinion, about the extent to which American citizens are being monitored by their own government. So what would he do about the bad guys?

Jeb Bush, fresh from presenting Hillary Clinton with the Liberty Medal for service that included liberating a US Ambassador and three Americans from their mortal coil, must have an opinion on the matter. Chris Christie has appeared on everything from cable television to airport radar and hospital sonograms. I even saw his likeness in a piece of toast recently. Has he differed from the Obama Administration on this point?

Last week, Rear Admiral Jeremiah Denton passed away. The 89-year-old veteran led a squadron of A-6 Intruder aircraft on a mission over North Vietnam on July 18, 1965, when he was shot down. As a prisoner of war, he gained notoriety when he blinked, in Morse Code, the word “T O R T U R E,” during a propaganda broadcast. He was subjected, among other things, to brutal beatings, and four years in solitary confinement, which included periods of time in a coffin-like box. Then there was this:

A special rig was devised for me in my cell. I was placed in a sitting position on a pallet, with my hands tightly cuffed behind my back and my feet flat against the wall. Shackles were put on my ankles, with open ends down, and an iron bar was pushed through the eyelets of the shackles.

The iron bar was tied to the pallet and the shackles in such a way that when the rope was drawn over a pulley arrangement, the bar would cut into the backs of my legs, gradually turning them into a swollen, bloody mess.  The pulley was used daily to increase the pressure, and the iron bar began to eat through the Achilles tendons on the backs of my ankles. For five more days and nights I remained in the rig.

In this observer’s opinion, a person who cannot distinguish between the grisly disfigurement and horrific agony of Admiral Denton and the briefly overflowing nostrils of Khalid Sheikh Mohammed has no credibility to lecture the rest of us on matters of national conscience. So perhaps it’s time to find out. What Would Republicans Do?