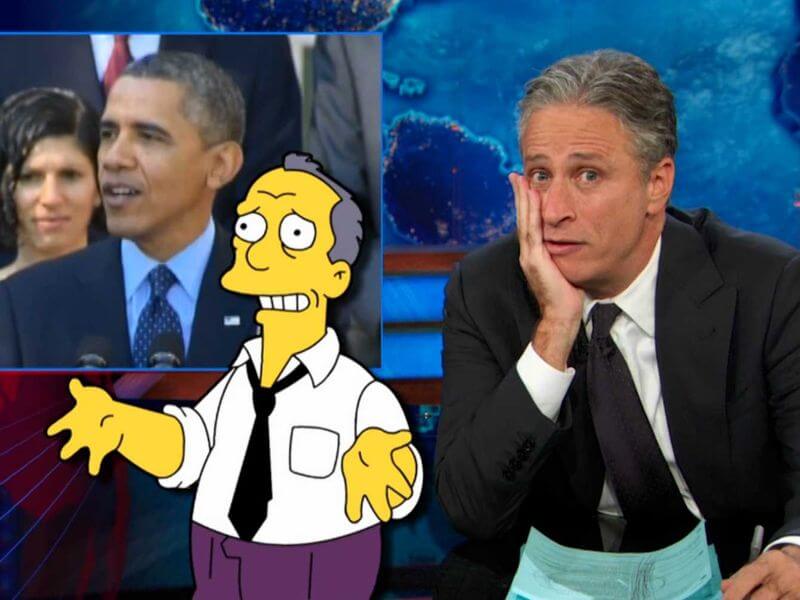 By chance, have you had enough yet? Many of you have either lost your jobs or had your hours reduced. Millions of you are seeing your insurance policies go up in a fireball before your very eyes, like a KISS concert only instead of singing, “I Stole Your Love,” the frontman now sings, “I Stole Your Heath Care.”

But I don’t want you to feel gullible. I think, under the circumstances, something approaching totally bamboozled would be understandable, … or snookered, or hoodwinked, or hornswoggled, swindled, fleeced, scammed, deluded, stung, bent, folded, spindled and mutilated perhaps, broken into tiny dehumanized pieces to be redesigned into an academic’s experimental idea of a perfect society certainly, … but not gullible.

In what became the longest instance of political foreplay in contemporary American history, the President whispered utopian nothings in your ear, caressing your hopes while dreamily promising  that millions of people would get something for nothing and you wouldn’t have to pay for it. You could say he was being coy, but that would be on the order of saying that the Titanic took on just a little added moisture.

‘…when they made the promise, they knew half of the people in this market outright couldn’t keep what they had and then they wrote the rules so that others couldn’t make it either,’ said Robert Laszewski, of Health Policy and Strategy Associates, a consultant who works for health industry firms. Laszewski estimates that 80 percent of those in the individual market will not be able to keep their current policies and will have to buy insurance that meets requirements of the new law, which generally requires a richer package of benefits than most policies today.

You did catch that last sentence, yes? Those policies which meet Obamacare’s requirements require “richer” benefits. That means “more expensive,” as in, “you cannot keep your current plan and you will pay more for its replacement.” Within the last two weeks, the Manhattan Institute reported that 41 states and the District of Columbia will see premium increases, which  demolishes yet another presidential promise, namely that you will pay less for that plan you are supposed to be able to keep.

Now, if you’ve noticed, the President’s response has been multi-fold. At first, he hadn’t much to say, preferring to send his spokesman out to explain that, well, you were simply too wooden-headed to realize that the arrangements you freely worked out with your insurance provider were substandard, and that it now takes a village of Beltway brainiacs to manage your life and health for you because anyone with even garden-variety tenure knows that an 80-year-old man needs maternity coverage and free rubbers.

Next came, “…[W]hat we said was you can keep it if it hasn’t changed since the law was passed,” which, if you can believe it, is even worse than the fine print at the bottom of those horrid used car commercials.

BUT WAIT!  THERE’S MORE!! Because just a few days after lying, and then downplaying the lie, and then reinterpreting the lie in a way that makes Bill Clinton’s parsing of the word “is” seem positively jesuitical by comparison, the President emerged to shred the separation of powers doctrine in the Constitution by unilaterally changing the law. (In case I’m getting too far into the weeds here, he can’t legally do that. The legislative branch “legislates,” see, and the executive branch “executes” or carries out the law, meaning the President has no legal authority to change it all by his lonesome. This may be a minor point to the Obamaphone crowd, but it really does lead to pesky problems like authoritarianism, for example, and if that term is too steep then I fear we really are hosed.)

Now, says our Most Majestic and Beneficent Royal Highness, you can keep your plan for another year. Except that the insurance companies just spent years going through over 2,000 pages of Obamacare law, with its attendant 10,535 pages of regulations that required them to cancel your plan. And now the President waves his magical unconstitutional wand and, presto!, the insurance companies have a big problem. The law still stands. It’s still on the books. If they do what the President says, they will violate the the President’s law. Do they take him at his word that they won’t be penalized for following his order to break his law? What is his word worth these days? Are there penalties that the IRS, for example, could levy against them for breaking his law so they can’t follow his command? This is, in short, a big hairy mess that demonstrates what happens when the government reaches beyond the bounds of protecting your freedom and instead starts running your life.

This just in from Reuters News Service:

United Health Group dropped thousands of doctors from its networks in recent weeks, leaving many elderly patients unsure whether they need to switch plans to continue seeing their doctors, the Wall Street Journal reported on Friday.

How does the old song go? Oops there goes another Obamacare promise! The question keeps arising: how did a free and sovereign people allow themselves to be reduced to cattle, prodded here and pushed over there by people who, in the final analysis, are themselves no better than the rest of us? De Tocqueville may have summed it up best when he wrote that, “Every man allows himself to be put in leading-strings, because he sees that it is not a person or a class of persons, but the people at large who hold the end of his chain.”

We therefore delude ourselves when we fancy a faceless and nameless thing called the government as that which bullies us, pushes us around, and beguiles us with benefits only to pull them away, taking our income and our children’s future with them. Fine. Let’s add names to this debacle, courtesy of the Washington Examiner:

SEN. HARRY REID (D-Nev.): “In fact, one of our core principles is that if you like the health care you have, you can keep it.”

SEN. RICHARD DURBIN: “We believe — and we stand by this — if you like your current health insurance plan, you will be able to keep it, plain and simple, straightforward.”

SEN. CHUCK SCHUMER (D-NY): “If you like your insurance, you keep it.”

SEN. MAX BAUCUS (D-Mont.): “That is why one of the central promises of health care reform has been and is: If you like what you have, you can keep it. That is critically important. If a person has a plan, and he or she likes it, he or she can keep it.”

SEN. TOM HARKIN (D-Iowa): “One of the things we put in the health care bill when we designed it was the protection for consumers to keep the plan they have if they like it; thus, the term ‘grandfathered plans.’ If you have a plan you like — existing policies — you can keep them. … we said, if you like a plan, you get to keep it, and you can grandfather it in.”

THEN-REP. TAMMY BALDWIN (D-Wis.): “Under the bill, if you like the insurance you have now, you may keep it and it will improve.”

SEN. MARK BEGICH (D-Alaska): “If you got a doctor now, you got a medical professional you want, you get to keep that. If you have an insurance program or a health care policy you want of ideas, make sure you keep it. That you can keep who you want.”

SEN. MICHAEL BENNET (D-Colo.): “We should begin with a basic principle: if you have coverage and you like it, you can keep it. If you have your doctor, and you like him or her, you should be able to keep them as well. We will not take that choice away from you.”

SEN. BEN CARDIN (D-Md.): “For the people of Maryland, this bill will provide a rational way in which they can maintain their existing coverage…”)

SEN. BOB CASEY (D-Pa.): “I also believe this legislation and the bill we are going to send to President Obama this fall will also have secure choices. If you like what you have, you like the plan you have, you can keep it. It is not going to change.”

SEN. MARY LANDRIEU (D-La.): “If you like the insurance that you have, you’ll be able to keep it.”

SEN. BARBARA MIKULSKI (D-Md.): “It means that if you like the insurance you have now, you can keep it.”

SEN. JAY ROCKEFELLER (D-W.Va.): “I want people to know, the President’s promise that if you like the coverage you have today you can keep it is a pledge we intend to keep.”

SEN. DEBBIE STABENOW (D-Mich.): “As someone who has a large number of large employers in my state, one of the things I appreciate about the chairman’s mark is — is the grandfathering provisions, the fact that the people in my state, 60 percent of whom have insurance, are going to be able to keep it. And Mr. Chairman, I appreciate that. That’s a strong commitment. It’s clear in the bill … I appreciate the strong commitment on your part and the president to make sure that if you have your insurance you can keep it. That’s the bottom line for me.”

SEN. JON TESTER (D-Mont.): “‘If you like your coverage, you’ll be able to keep it,’ Tester said, adding that if Medicare changes, it will only become stronger”.

SEN. TOM UDALL (D-N.Mex.): “Some worried reform would alter their current coverage. It won’t. If you like your current plan, you can keep it.”

SEN. SHELDON WHITEHOUSE (D-R.I.): “…it honors President Obama’s programs and the promise of all of the Presidential candidates that if you like the plan you have, you get to keep it. You are not forced out of anything.”

These are just some of the people you get to hold accountable as a voter. They aren’t nameless or faceless. These people are directly accountable to you, the American voter, and they lied to you.  There’s another one though, who fancies himself as a journalist. On July 1, 2009, MSNBC’s own Ed Schultz thundered, “If you have a health care plan and you like it, you can keep it. Got it?” Oh, we got it alright, Ed. De Tocqueville got it too, as he reminds us:

I am full of apprehensions and hopes. I perceive mighty dangers which it is possible to ward off, mighty evils which may be avoided or alleviated; and I cling with a firmer hold to the belief that for democratic nations to be virtuous and prosperous, they require but to will it.… The nations of our time cannot prevent the conditions of men from becoming equal, but it depends upon themselves whether the principle of equality is to lead them to servitude or freedom, to knowledge or barbarism, to prosperity or wretchedness.

And so again I ask: have you had enough yet?