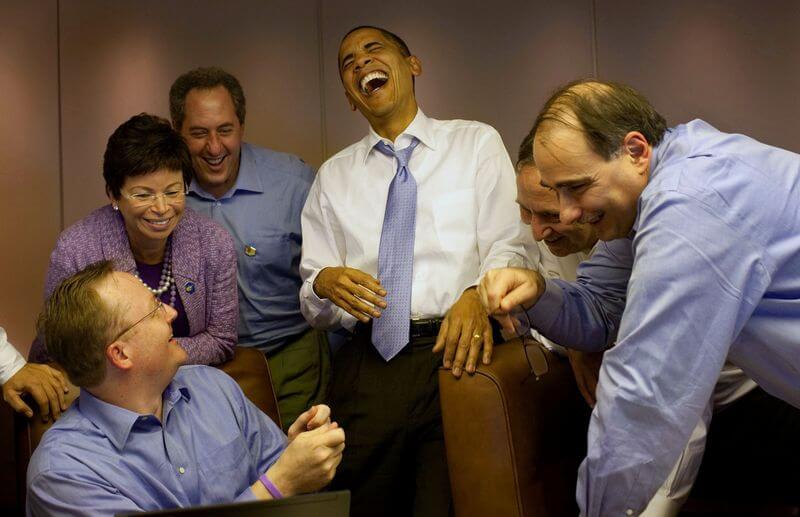 President Obama told a heckler who interrupted a speech on immigration Monday that he will not circumvent Congress and try to halt deportations by executive order because the U.S. is “a nation of laws.”

“Please use your executive order!” shouted the heckler, who was standing behind Obama onstage, close enough to be in the television camera shot during an event in San Francisco’s Chinatown. Urging the president to give immediate relief to those separated from their families at Thanksgiving, he yelled, “You have the power to stop deportations!”

[… T]he solution to the problem “won’t be as easy as just shouting,” he said to the young man. “If you’re serious about making that happen, then I’m willing to work with you.”

“The easy way out is to try to yell and pretend like I can do something by violating our laws,” he said. “What I’m proposing is the harder path” of trying to get the law changed.

And who was that mysterious young man heckling him from the crowd? Presumably, in one of those crazy time travel mix-em-ups, it was Barack Obama from June of 2012. Remember that guy?:

President Obama said Friday the United States will stop deporting hundreds of thousands of young illegal immigrants and give them work permits, a move praised fellow Democrats but criticized by Republicans on Capitol Hill who said the administration has side-stepped the country’s legislative process.

It’s not even the hypocrisy or the rank dishonesty anymore. It’s just the brass with which it’s delivered.