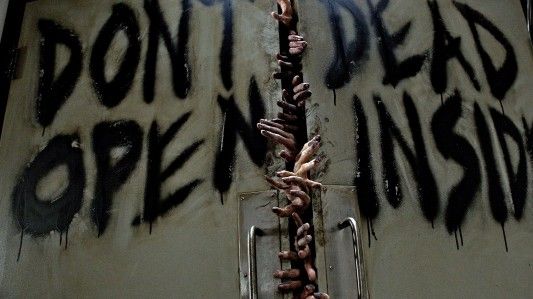 Dead save for an unquenchable lust for power, they roam the halls of Congress, the White House and federal administrative agencies, a ghastly simulacrum of republican life. The Beltway Dead spend and regulate aimlessly, torpid unless aroused by the sound of representative democracy.  Awakened, they move swiftly and as one, attacking with mindless savagery in the Alinsky style until the target is destroyed or, infected, joins in their statist pursuits.

The Dead were alive once but that was before—before the spread of the virus that robbed them of the faculties of constitutional perception and independent thought.  While alive, Progressives among them established popular controls on private enterprise, promising a cleaner environment, safer automobiles, and affordable health insurance for all.  Now, the Dead have turned these mechanisms against those they served in life, making energy and mobility and health care less available and less affordable.  Insensate to grim reality, the rote goals issue from necrotic lips, the prompter swept by lifeless eyes.

Popular discontent, an animating concern for living officials, is beyond the ken of re-animated politicians of either party.  Democrats robotically implement an unpopular law destroying health insurance for millions while Republicans mindlessly resurrect an illegal alien amnesty valued chiefly by corporate and political elites.  The Dead refuse to heed the cries of the living. And if the damage can be wrought swiftly enough, a zombie electorate will rise to entrench our zombie government.